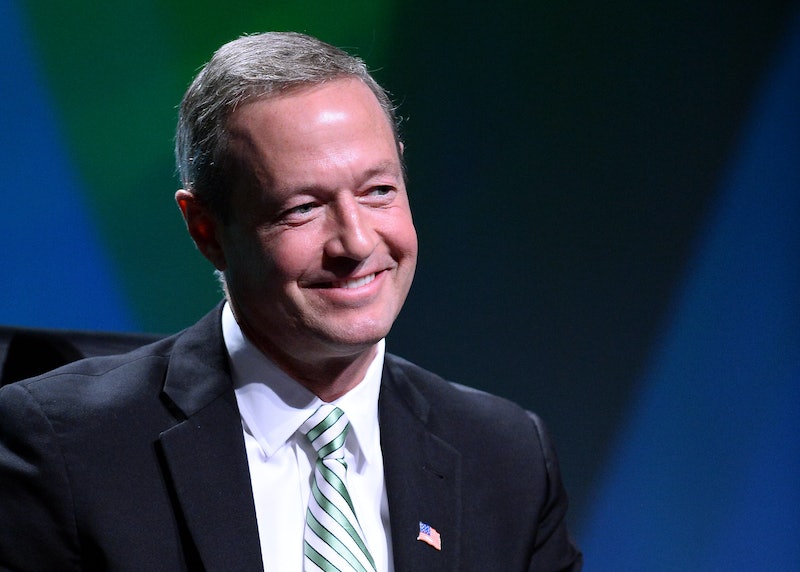 Hillary Clinton and Bernie Sanders have a new major candidate among them, as Martin O'Malley is now a choice for the Democratic presidential nomination. And though he is often quick to bring up his Catholic values, O'Malley is in favor of abortion remaining legal. He has received a 100 percent rating from the National Association for the Repeal of Abortion Laws Pro-Choice America. The high ranking was due to his pro-choice stance and the fact that he increased access to contraceptives.

In 2002, when O'Malley was mayor of Baltimore, Planned Parenthood of Maryland sent him 175 letters in one week, asking for his stance on abortion. The organization said they needed to know if the potential governor was on their side. Stephen Kearney, a spokesman for the mayor, responded by saying that O'Malley is "pro-choice" and supports the state's laws on the issue, which make abortion legal, according to The Baltimore Sun. Kearney said, "In the words of President Clinton, he believes abortions should be safe, legal and rare."

Kearney also said that O'Malley supported Maryland's 1992 referendum that declared abortions legal without government interference until the fetus can survive outside the womb. After that, abortion is legal when the mother's life or health is in jeopardy or if the fetus is deformed.

O'Malley has often cited his Irish Catholic values in interviews. However, the former governor does not shy away from supporting controversial topics such as abortion, stem cell research, and gay marriage. Comparisons have been made between him and John F. Kennedy and even Pope Francis. The progressive Catholic archetype is a popular one.

In an interview with the Maryland Catholic Conference in 2010, O'Malley said on abortion, "I believe that it is an issue that is best left to the individual conscience of women, and in the meantime, as a society, we should do those things that we can to advance the dignity of every human life.”

He also said in that interview that he awaits a recommendation from the State Department of Mental Health and Hygiene to decide if he supports requiring abortion clinics to be regulated as ambulatory surgical facilities rather than doctors’ offices. He looks for guidance from the federal government regarding abortion coverage in health care reform and said he awaited hearing about the constitutionality of one Baltimore law that requires pro-life pregnancy resource centers to post signs saying what services they do not provide. O'Malley added that pro-choice pregnancy resource centers should probably be held to the same standards as pro-life ones when advertising.

“At the same time, there also needs to be a candor and honesty and truth in advertising in terms of medical treatment, standards and functions offered,” he said in the interview.

O'Malley also gained support from women's rights advocates by taking a jab at Virginia Governor Bob McDonnell, who was behind legislation that would have required some patients to face transvaginal probes before having abortions. In a comment that was also geared toward Republicans, whom O'Malley believes strayed from focusing on the economy, he said, "Nothing says jobs like transvaginal probes."

Overall, O'Malley has expressed his support of various women's issues through many different platforms. His religious beliefs do not seem to hinder his progressive values on social issues, making him one of the most supportive candidates toward women of the 2016 race so far.