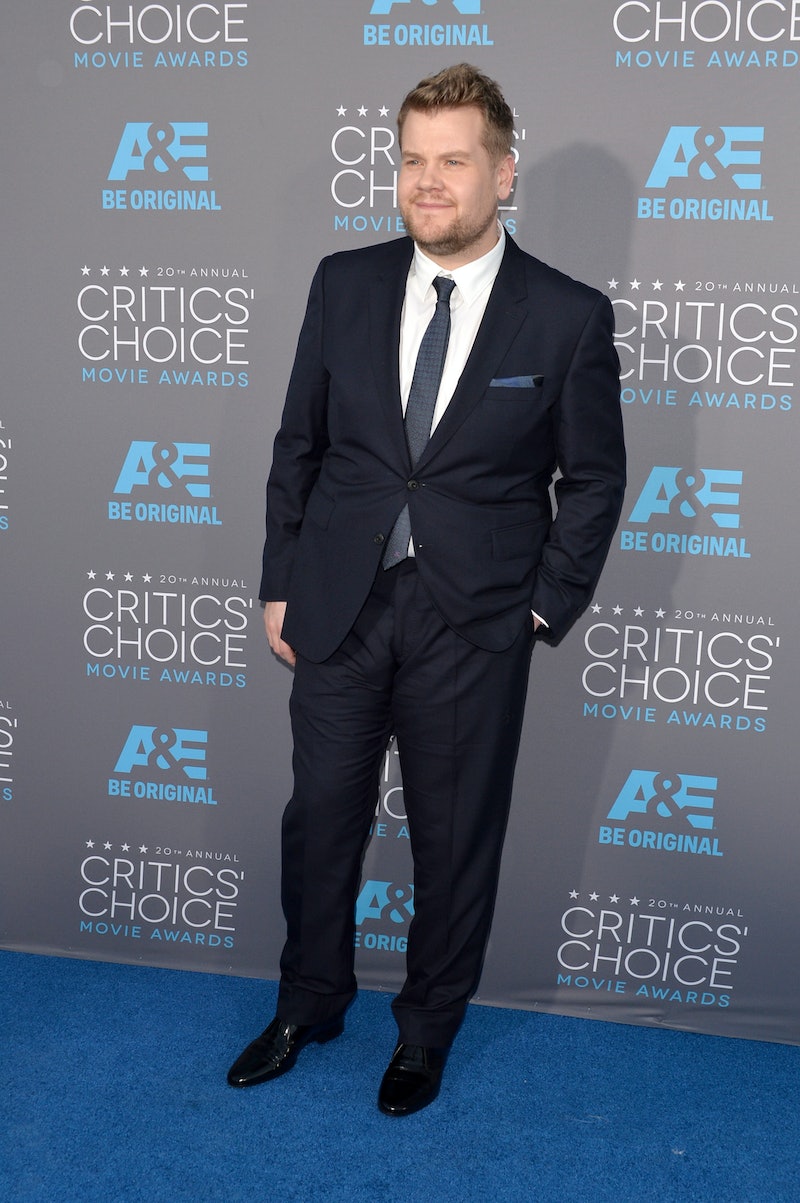 You don’t really expect for things at the Critics’ Choice Television Awards to get saucy, but, hey, I always like to be surprised. James Corden, who recently replaced Craig Ferguson as host of CBS’ The Late Late Show, was presenting the award for Best Supporting Actress in a Comedy Series, and it lead to a hilarious, totally shocking moment. The nominees were Allison Janney for Mom; Carrie Brownstein for Portlandia; Eden Sher for The Middle; Judith Light for Transparent; Mayim Bialik for The Big Bang Theory; and Melanie Lynskey for Togetherness. Her supreme royal highness of acting (that’s a title I’ve given her, so I’m pretty sure it’s not official) Allison Janney won the Critics' Choice Award, and Corden declared Janney to be one of the best actresses he’s ever met. I’m sure that Janney knows that she is a brilliantly talented actress, but what did she do to thank him for his compliments? Well, Janney grabbed Corden and kissed him, and it wasn't exactly a friendly peck.

Janney laid a big old one on him! It was a smooch that definitely lasted more than a few seconds. The two actors seem to be old friends — maybe it’s because they’re on the same network — so I’m sure it will be cool with Corden’s wife, Julia Carey. Here, take a look at this lip lock for yourself:

Now that’s a way to get people to watch! Probably the most exciting thing that will happen at the Critics’ Choice Television Awards tonight, but I’m willing to be shocked yet again. Maybe Corden will pass on the kisses to other winners — or Janney will keep spreading the love.