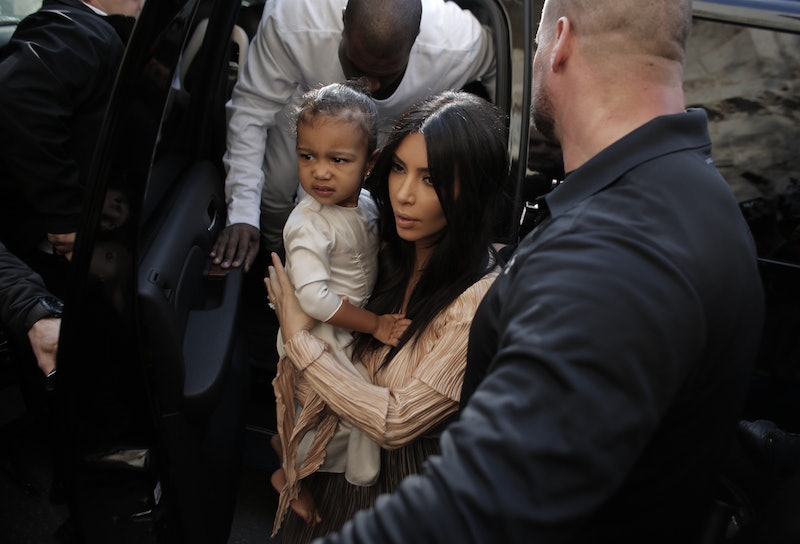 Do you remember where you were when the news broke that Kim Kardashian is pregnant with her second child? While England has Prince William and Kate Middleton to give them their royal baby update, America splits their time between Jay Z and Beyoncé and, of course, Kanye West and Kardashian. While this is great news for Kimye, the more important component of this news is that it means North West is about to be an older sister to some little boy or girl who hopefully won't be named South West. Nori has been the only child for a couple of years now, and being the older sibling is an entirely new adjustment in and of itself. In fact, the almost 2-year-old might need some help from fictional older sisters, in that she should learn their ways.

Movies and TV shows, thankfully, provide us with a broad range of older siblings that we can derive our life lessons from, whether those are lessons in what to do or lessons in what not to do. Some older siblings might seem terrible at first, but might actually be better at their jobs than we first realized — even if we only finally noticed this once we'd aged out of the group the show specifically targets. The fact of the matter is, Nori West needs some help, and the seven below older sisters are here to provide the lessons. Take it away, ladies.

D.J. wasn't always the best at being the oldest Tanner sibling, and sometimes she was just as immature and prone to misbehavior as the rest of her siblings. She butted heads with them a lot, when she wasn't busy trying to prove she was too cool and old to play with them. However, what D.J. Tanner can teach North better than anybody is that being the oldest doesn't necessarily mean you have to be a shining example. You will make mistakes, you will be immature, and you will try really hard to be cool and fail. That's OK, as long as, in the end, your sisters know that you're there for them.

Daria and Quinn Morgendorffer had an antagonistic relationship for most of the television show, but, in the later seasons, it became incredibly clear that they actually cared for one another very deeply. Daria was always there to give Quinn advice when she was worrying that she wasn't smart enough or good enough or even worrying that she wasn't enough like Daria. (Shock and horror.) If Nori can learn to be there to give her new sibling advice as needed, they might end up as close as the Morgendorffers.

OK, so Frozen began with Elsa ignoring Anna for several years, but, to be fair, that wasn't her fault. Elsa loved her sister so much that, when an act of true love was needed to break the curse that fell over Anna, and that Elsa was born with, it was their love for each other that helped them deal with both. Loving your sibling so much that your love can break curses? Yeah, that's definitely a lesson that Nori should absorb in her dealings with her new brother or sister, because it's what made Frozen one of the best Disney movies ever.

Do I even need to explain this one? Katniss loved her sister so much that, when Prim's name came up to be drafted into the next Hunger Games, Katniss volunteered as tribute to spare her sister that fate. Being the older sibling does indeed mean a lot of sacrifice, though not to that extreme level, and Nori will have to get used to giving up certain things to make her younger sibling happy. However, that doesn't have to be a bad thing; it simply means you love someone enough that you put them above your own selfishness.

Fleur Delacour is an odd choice to be sure, but she still counts. She's fashionable, she's cool, she's the girl all the other girls want to be. But, even when Fleur was coming across as pretty shallow, she proved herself to be incredibly loyal when she freaked out over the thought that her failure might have caused her sister to drown during the Second Task. She even warmed up to Harry Potter when he saved her sister for her, proving that love can make even the most shallow character deeper than she seems.

As with most things in her life, Riley Matthews is still learning how to be a good big sister to her little brother Auggie Matthews. The first time she was called upon to babysit Auggie, she ended up making him feel bad by inviting her best friend Maya Hart over and ignoring Auggie entirely. However, the two Matthews siblings swiftly made up because, at the end of the day, family is what's important even when you extend that family to include your friends. Nori and her new sibling should totally be best friends, but they shouldn't be afraid to let each other invite their friends into the Kardashian Klan as well.