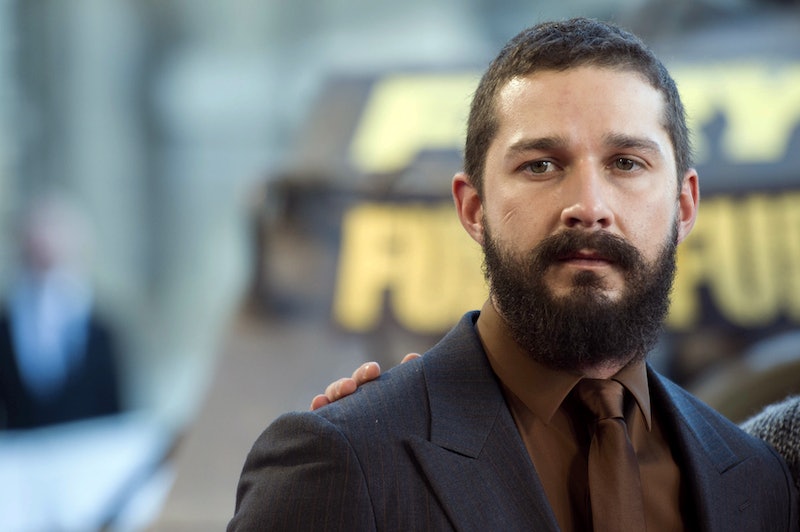 I fully understand the capacity for things to go gravely wrong when a young child is awarded fame very early on in life. This Shia LaBeouf inspirational speech is proof of that. I imagine it'd do quite a number on your brain, your expectations for yourself, and other people's expectations for you. One route possible is akin to how Jenny Lewis treats her child star past—crafting a cutesy ode to it in a music video. Then there's another route former Even Stevens actor took. You know what I mean. Shia LaBeouf became a giant question mark. Now there's a Shia LaBeouf inspirational speech parody sure to convince you of...something. What exactly is he preaching in the original? Meh, I'd prefer to consider it more of a choose-your-own-adventure type of situation.

It's hard to tell what's actually happening in LaBeouf's head and brain at the moment. Is he straight-up losing his sanity? Is it rapidly slipping away while he's left in a haze of oblivion and Sia music? Or is he secretly very ingrained in the mirage of madness that he's pretty successfully launching on the Internet and world? There's a few aspects that make it appear meditated, as if he meticulously calculated moves that although they make him appear a loose marbles mess, still keep him relevant. For example, the original "inspirational speech" was shot in front of a green screen:

I mean, sure, LaBeouf looks dashing with the emerald backdrop. But it doesn't seem like selecting that specific shade was happenstance. He wants this to happen. He made it impressively easy to manipulate his pulsating, weird AF persona and actual body into various situations and environments. Just to hip you, in case you took the weekend off the Internet (first of all, please tell me how you managed this), here's the original:

My favorite part, personally, is LaBeouf's partial rap squat that ends with a diamond hand shape directly over his crotch area. Does it mean money? Does it mean dynamite sex times? Does it—anyway, no matter the intent, this very intense video made its way through the meme-ifying universe and so here is a roundup of the best thus far:

Something so soothing (or is it?) as British aliens with a babyfaced sun turns suddenly sinister with LaBeouf forcefully pacing back and forth and screaming.

Actually my vote for best meme with this thus far. I wouldn't be surprised even a little if a similar video of LaBeouf on a balcony surfaced—but was completely legit.

I would never ever EVER want LaBeouf to be my personal trainer or even gym buddy. I'd pop so many important head veins, without question.

I am genuinely curious what Nike thinks about this. Could be a killer marketing opportunity. Think about it, Nike.

I did not watch Breaking Bad but I can pick up that this is straight-up insane.

After all, it is the Internet. Does it even really exist until it's autotuned?