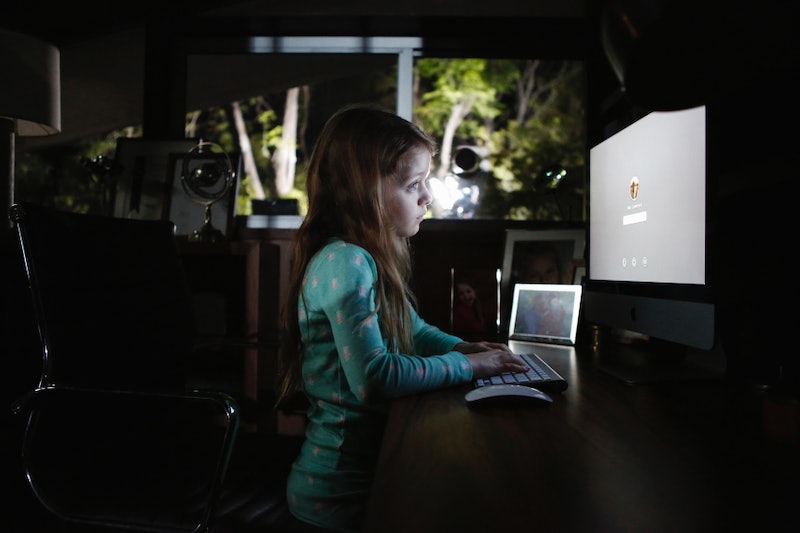 Anyone who has ever watched a Saw movie knows that "playing a game" isn't always as much fun as it may sound. In fact, it could even become a downright terrifying experience, which seems to be the case for ABC's new drama series, The Whispers . During Monday night's series premiere "X Marks the Spot," an imaginary friend named Drill invited children to play a game with him. Sounds innocent enough, right? That is, until Drill began tricking said kids into harming others (like purposefully making your mother fall out of a tree house, for instance). And for what purpose? It's all apart of what Drill calls "the game," though we have no idea what the end to this game will entail. Rest assured, though… it's nothing good.

Here's what we know: Drill is someone that can be heard, but never seen (not even by children) and communicates with them via light. We also know that Drill is directly connected to Sean Bennigan's plane crash — because obviously that's just way too big of a coincidence to ignore — and that part of this "game" involves the President of the United States, Chip Winters. Claire was able to notice the similarities between Harper's drawing and a recent image of the president featured in a magazine. (I would've personally never been able to put those two things together, but good for her!) Which means he could be Drill's ultimate target.

It's also no coincidence that Drill chose to connect with the daughter of Wes, who just so happens to be a high-ranking official within the Department of Defense. Drill had her hack into her father's computer for a reason. And while we don't yet know what that reason exactly is yet, it's safe to assume that it's all apart of this alleged "game," which frankly doesn't sound like a game at all.

There have been whispers that the series will take on an alien/sci-fi aspect, which could very well explain Drill's peculiar means of communication. But be careful before diving headfirst into that assumption alone. It would be easy to peg extraterrestrial creatures as the main villains of this story. But, at the same time, humans have proven to be just as dangerous a species. So until we have all the facts, everyone is a suspect in my book.