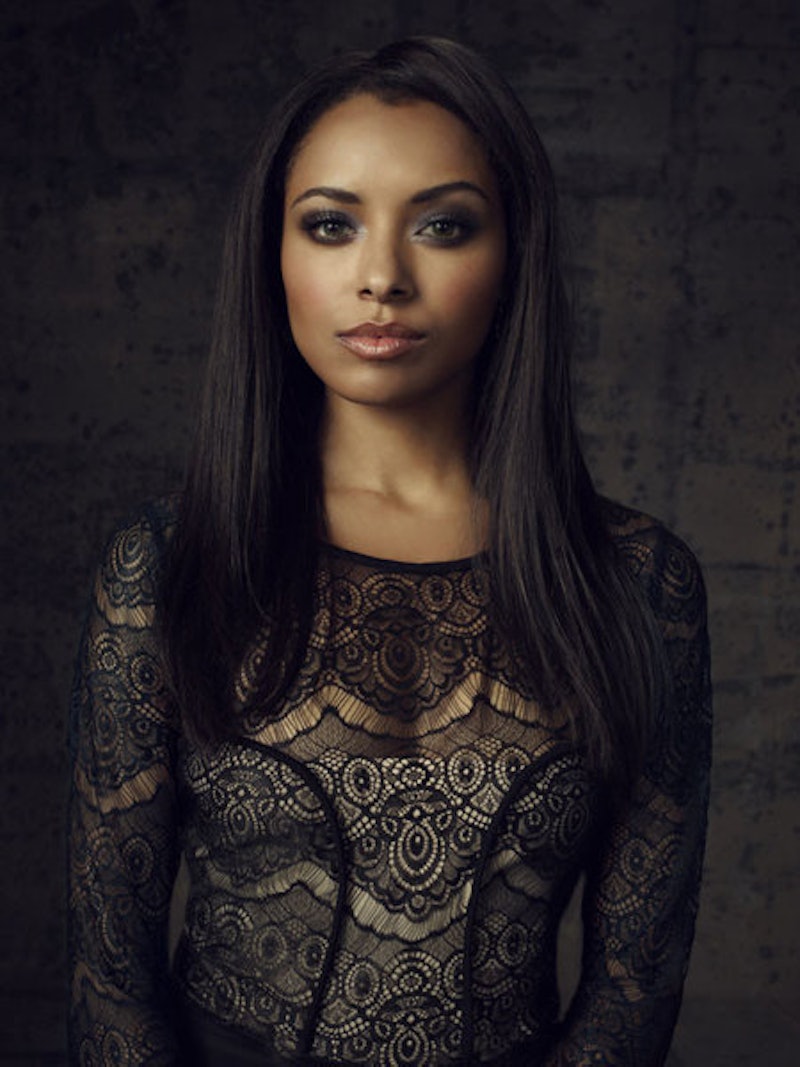 I just finished watching The Vampire Diaries, and, I have to say, I'm a bit obsessed. Not only is the plot super interesting and addicting to say the least, I'm completely engrossed in the show's characters. While the show may revolve around Elena Gilbert and her star crossed vampire lovers, I have to say I found her best friend/witch Bonnie Bennett so much more compelling (pun intended).

Aside from her supernatural abilities, Bonnie was a total badass. Not only was she super loyal and caring towards her friends (even when it constantly went against the code of magic), over the seasons, she slowly became a strong and independent young woman. While there may be some Bonnie haters out there, I think her title as one of the least favorite characters on the show is completely undeserved. I mean, it's hard to like someone when they are constantly being overshadowed by other people (I'm looking at you Elena).

Now that Nina Dobrev has left the show, fans are wondering who will take her place as the lead female role. While I love Caroline just as much as the next person, I honestly hope Season 7 gives Bonnie her moment to shine, because her character is actually really awesome.

1. She Accepts Who She Is

It may have taken some time at first, but, eventually, Bonnie was able to accept that her powers were a part of who she was.

2. She Stands Up For Herself

Why does everyone always take Bonnie for granted? A defining moment in the series is when she finally starts doing things for herself and not for everyone else.

3. She Still Has a Soft Heart

She may put on a brave face, but this girl's faced some major love and loss in her short life.

4. She Is a Great Friend

She puts others before herself almost always, and the girl is full of wisdom beyond her years.

5. She Isn't Afraid to Voice Her Opinion

As Caroline would say, the girl is known for her commentary.

One of the most heartbreaking moments was Bonnie's birthday in the Prison World. But she managed to take her Grams' advice and "stay strong."

Besides the side commentary, this girl is full of sass. Imagine the one-liners she could bring as the leading lady of the show.