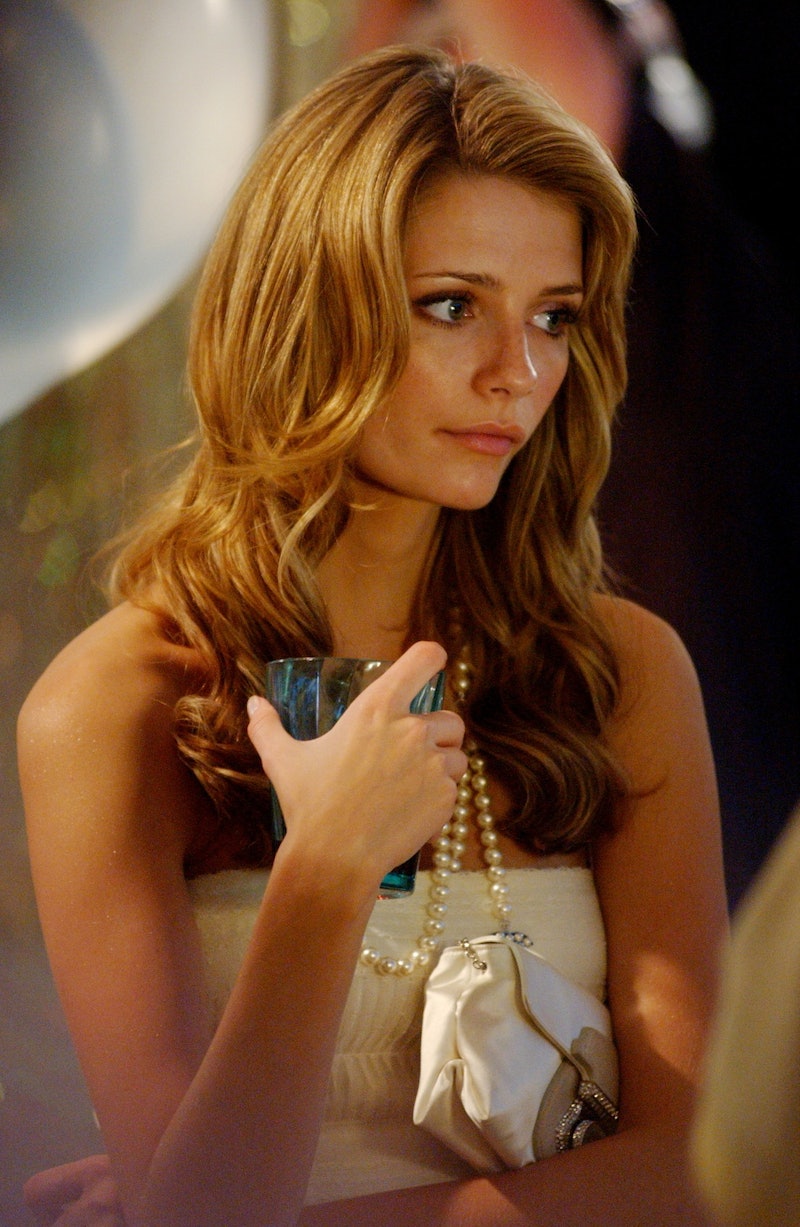 Let's face it, we all had our moments of teen drama that we'd like to pretend didn't happen (sorry, Mom and Dad!). Few TV characters have embodied teen angst as well as The O.C. 's Marissa Cooper. She never met a handle of vodka she didn't steal (along with the occasional bottle of painkillers, a watch, and some lipstick) and wherever Marissa went, some sort of drama followed.

After Marissa overdosed in Tijuana and was arrested for shoplifting, her mom made the reasonable request that she attend therapy — and O.C. fans know that common sense wasn't typically Julie's forte. When Ryan dared suggest it may be a good idea, Marissa angrily declared, "I'm the only normal one in this family!" Yeah, I've heard teenage girls say that before (OK, and maybe I said it once or twice myself). She finally did agree to therapy, where she met Oliver Trask and (spoiler alert!) more drama ensued.

I've always been more partial to Summer Roberts thanks to her ability to rock a tracksuit in every color of the rainbow and bring levity to any situation, but most of us had moments in our teens when we behaved more like Marissa than Summer. Marissa went through her teen angst phase with a considerably better wardrobe and haircut than most of us, but here are nine times she embodied the angst most teen girls feel — because life is just so hard and unfair sometimes.

1. When She Tried To Be Deep & Introspective

2. When Every Occasion Called For A Stash Of Vodka In Her Purse

How is a girl expected to suffer through glamorous black-tie events, charity fashion shows, or any other fabulous event without a stash of hard liquor? Don't worry, Marissa's got it covered.

3. When She Lost Her Virginity To The Wrong Guy

When she couldn't be with Ryan, Marissa lost her virginity to Luke, before his transformation from insufferable bro to decent guy. When Ryan showed up, she uttered the most dramatic words possible: "You're too late."

4. When She Unconvincingly Said She Was Fine

Any angsty teen girl knows it's uncool to simply tell your family and friends that you're not OK. Instead, Marissa unconvincingly declared "I'm emotionally stable."

5. When She Told Her Parents She Hated Them — In Front Of A Crowd

Most of us preferred to fight it out with our parents in the privacy of our living rooms, but not Marissa. When she told Julie and Jimmy exactly what she thought of them, she made sure the entire town was present to hear it.

6. When She Was Completely Unapologetic

To be fair, Trey totally had it coming, but Marissa answered to no one for shooting him. She was always happy to make that clear to any authority figure who dared inquire.

7. When She Was Just SO ALONE

Your loyal best friend, the hot boy-next-door who is madly in love with you, your perfect wardrobe... sometimes it's just not enough.

8. When She Threw This Epic Temper Tantrum

Temper tantrums are not just for 4-year-olds; they are also for angsty, misunderstood teen girls. Most of us preferred to sob, yell, and then storm off to our rooms and listen to sad music on a loop. Marissa took it to the next level, per usual, by hurling expensive lawn furniture into the pool.

It's not really a surprise that the child of two of TV's most dysfunctional parents grew up to be The O.C.'s ultimate drama queen.