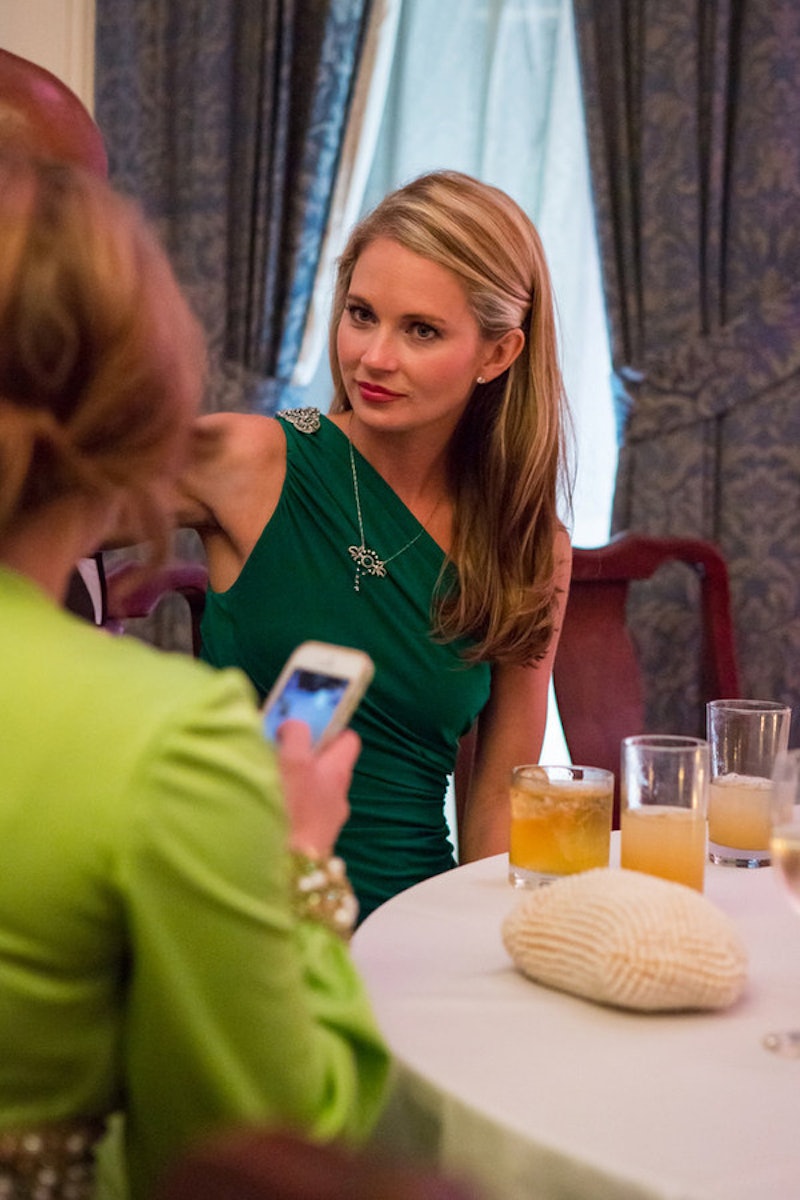 It's another Southern Charm reunion, so we know what that means! The Charmers gathered ‘round the ol’ Bravo Clubhouse campfire (and by “campfire,” I mean “wet bar”) to toast s’mores (and by “toast s’mores,” I mean “drink alcoholic beverages”) and share spooky tall tales (and by “share spooky tall tales,” I mean “yell at each other about all of the yelling matches that happened on Season 2”). Andy Cohen and his spiffy glasses — seriously, where can I get a pair of those specs? — guided the reunion to greatness, and as to be expected, Cameran Eubanks was the voice of reason throughout the Southern Charm reunion.

Honestly it was a breath of fresh air during what was a pretty dramatic reunion. I can only take so much T-Rav/Kathryn drama before I need me some Cameran wisdom to balance things out. Fortunately the few times she spoke during the reunion (it was mostly the Kathryn/T-Rav show), her words sparkled like the gemstones of truth they are.

So, Let us revisit Cameran's best quotes of the SC reunion now. Onward!

When asked about the bender she went on at T-Rav’s election results party:

“I had to get a ride home from production that night.”

When asked about married life:

“Married life is really great, and I think it’s really great because I’ve chosen to keep it off of reality television.”

Cameran Eubanks should be an off-camera reality TV relationship coach. Scratch that— she should be a LIFE coach. I would book an appointment immediately.

When asked how her husband feels about Southern Charm:

“He’s a big fan. Very supportive. Just wants no part … [Being on reality television is] not for everyone.”

I feel him. Things that are definitely not for me: Being on reality TV, crunchy peanut butter, and moths.

When asked if she’d rather sleep with Shep or Craig:

“I would need a couple of drinks to answer that question.”

When Kathryn yelled at T-Rav about someone he allegedly hooked up with at a hotel:

When Kathryn and T-Rav continued to fight:

“I think what I have a hard time in understanding is if Thomas is so bad and so awful, why fight for the relationship?”

When Kathryn and T-Rav's on again, off again relationship was addressed:

Ugh, it's still official: I still want to be Cameran's BFF. She is the reigning best.