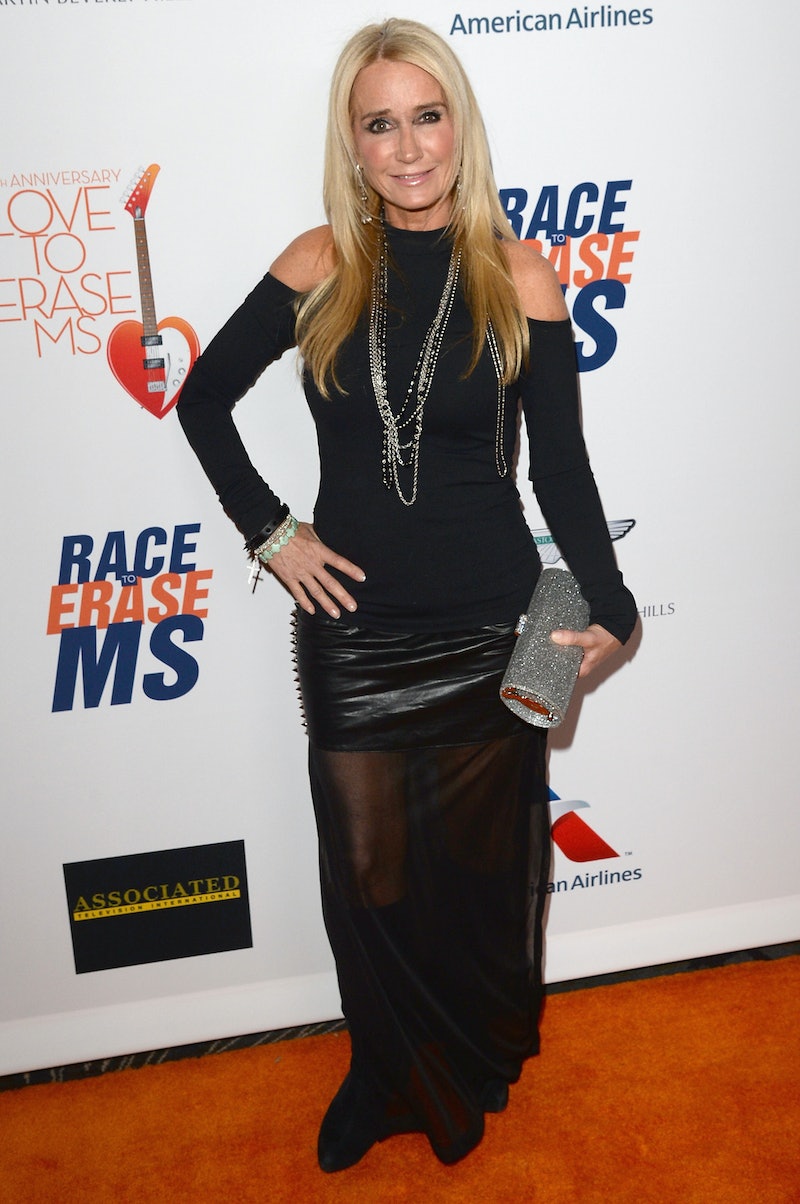 There's been a lot of talk lately about a certain Real Housewives of Beverly Hills star and, according to an E! News report that came out on Tuesday, Kim Richards is back in rehab. Per two insiders who spoke with the publication, the 50-year-old rechecked herself into a rehabilitation facility less than two weeks after she reportedly left rehab to attend daughter Brooke Brinson's wedding in Mexico. One source told E! News, "She's doing ok, a lot better than she had been."

Reportedly, Richards is now in a different treatment center than the one she first entered. Allegedly, the former child star's April 2015 arrest was the basis for her entering rehab. Following the arrest, she was charged with public intoxication, resisting arrest, and battery upon a police officer, and if convicted, she could also face up to two and a half years in jail. Per a source who spoke with People in April about Richards going to rehab, she felt she "humiliated her kids and she wants to avoid jail."

Richards opened up to Dr. Phil about her arrest, and a couple people close to her have commented, as well. Her sister Kathy Hilton said in an interview with People, "I'm very proud of her. She decided on her own," and added that she's "doing really well." Richards' fellow RHOBH star Brandi Glanville opened up about her friend during her June 1 podcast and said, "We talked before she left and she was in a good place. I've texted her since she's been gone. I haven't heard back, and I'm just praying for her. She's not returning my texts and she always gets back to me." Glanville also said she sends well wishes to Richards and her family.

With that said, if Richards is in rehab, it seems that she's on the right path, which will hopefully lead her to a healthy and happy life.