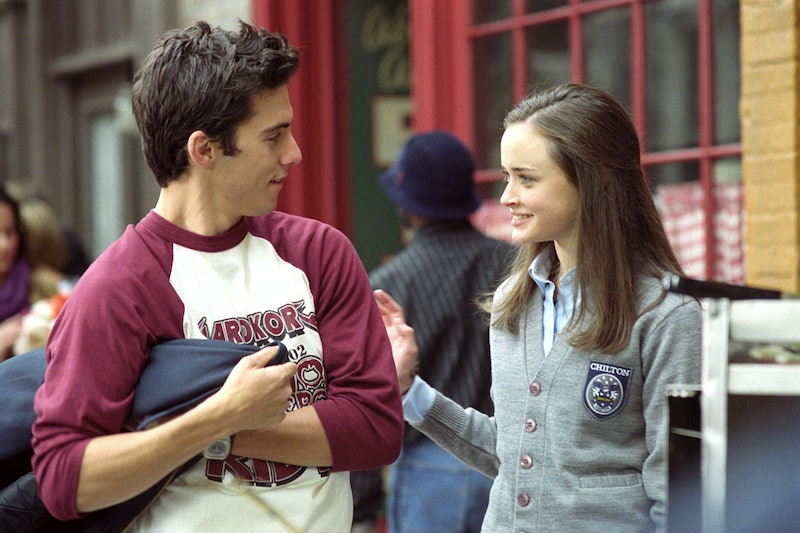 Guys. Guys. GUYS. You know that whole upcoming Gilmore Girls reunion at ATX Festival that's going to be amazing and break the Internet and probably blow my mind so hard it'll probably render me unable to form thoughts other than "OMG, OMG, OMG, Gilmore Girls forever?" Right. Well, it just got even better, because now Jess Mariano himself is going to be there. According to EW, Milo Ventimiglia has joined ATX Festival's Gilmore Girls reunion, and will appear alongside his former co-stars Lauren Graham, Alexis Bledel, Scott Patterson, Kelly Bishop, Jared Padelecki, and more, as well as creator/writers Amy Sherman-Palladino and Danny Palladino.

I know, I know — I feel like crying happy, joyous tears too, but WE NEED TO KEEP IT TOGETHER, GUYS. At least until this festival takes place between June 4-7.

While I know I can't be the only one hoping this reunion at the festival sparks nostalgic feelings in the entire cast and leads everyone to collectively decide that they can't go on with their lives without completing a Gilmore Girlsmovie that gets Jess and Rory back together, and showcases Lorelai being adorably married to Luke, at this point, we should probably all just feel comfortable knowing that Ventimiglia even signed on to this in the first place. After all, he's spoken of the show with mixed emotion in the past — particularly in an interview with TV Guide back in 2006. At the time, he stated that a return to the show from him was "never gonna happen," but that the show was a "good experience" that gave him his "first public push." So, you know, compared to the way he was talking about the show then, him signing on to this reunion is kind of a big deal!

According to EW, the panel will be taking place during the Austin, TX-based festival's closing night.