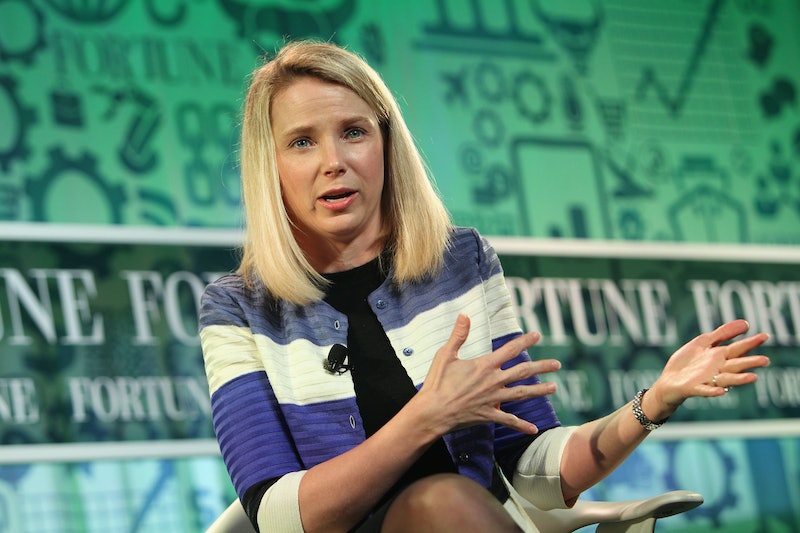 There's good and bad news in a recent work-related poll from Gallup. As has been the case for the past 60 years, more people say they prefer to work for male bosses over female bosses. This year, 35 percent said they prefer a male boss, while 23 percent chose female. But 41 percent said they didn't care one way or the other — the largest percentage of gender-ambivalent employees in the Gallup survey's history.

Though the gender gap hasn't changed much in the past 10 years, it's narrowed significantly since 1953, when 66 percent preferred a male boss while just 5 percent preferred a woman. The Week offers one potential explanation for why the gap still persists: People may tend to prefer what they know. More than 50 percent survey takers worked for a man, while only 30 percent had a female boss.

1. Female bosses are more likely to have pad or tampon to lend you.

You just can't trust Tampax from a male co-worker.

2. They're available for secret discussions in the ladies room.

3. They're more likely to have hand lotion you can borrow.

This might be controversial, but I think women are about 10 times more likely than men to keep hand lotion on their office desks.

4. They're less likely to sound creepy complimenting your skirt.

I'm not saying a female boss can't creepily compliment your skirt, just that it's less likely to happen.