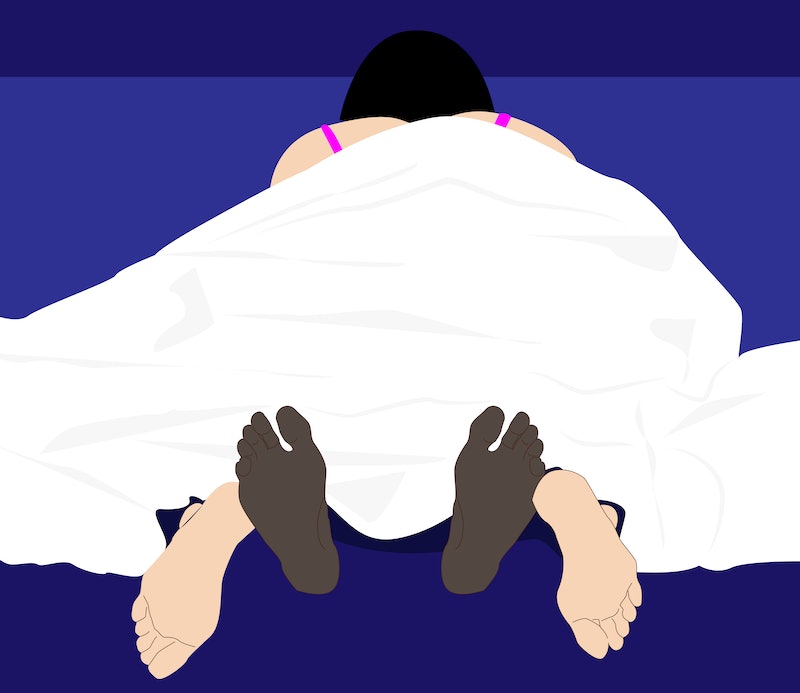 We all have sexual fantasies. Sometimes, if we’re lucky and open enough, we can turn those fantasies into reality. Other times, we must resort to playing those fantasies out in our heads while we’re doing the deed. You know what I mean. How many times have you found yourself replacing the face of your partner with the face of someone else? It happens, and more often than you might think. In fact, a new study shows that women fantasize about having sex with another person while they’re having sex with their partner.

In a survey of 1,300 people conducted by Lovehoney, Britain’s biggest online sex toy brand, it was found that more women admitted to thinking about other people during sex than men do. While 46 percent of women admitted to it, only 42 percent of men said the same thing. Many women fantasize about doing it with a close friend or a co-worker, and about 30 percent have even gone so far as to go through with it.

The study also found that most people fantasize about what sex will be like with a new person before actually having sex with them. So, do fantasies exceed reality? For the most part, no. While 68 percent of men said that sleeping with a new person lived up to their expectations, 38 percent of women were left disappointed.

Many people also admit to thinking of past lovers while they’re with their current one. In fact, 60 percent of men and women have thought of former lovers, while 15 percent admit to thinking about them very often. Speaking about blasts from the pasts, a third or women still fantasize about their first loves.

“Lots of people do reminisce fondly about former lovers— it is a perfectly harmless thing to do as long as you are not intent in living out that fantasy if you are with someone else,” a Lovehoney spokesman said.

In fact, only a third of people found thinking about past lovers as cheating. After all, you’re only thinking about it, you’re not actually going out there and going it. That totally doesn’t count, right?

Anyway, with all this talk about sexual fantasies, it got me thinking, what else is there to know about it? Well, here are 5 things:

Don’t be alarmed if you find yourself fantasizing about a different sex life. Yours is probably A-OK. In fact, according to the Kinsey Institute, fantasies occur most in people who have the least amount of sexual problems and who show the least amount of dissatisfaction with their sex lives.

In a 2004 study published in the Journal of Sex Research, men fantasized more on dominance, submission, and the desire and pleasure of their partners, while women’s fantasies were more emotional and romance driven.

Many people would admit to having their first sexual fantasy between the ages of 11 and 13-years-old. But men are more likely to remember them than women.

5. Over 50 percent of men think about sex every day.

About 43 percent of men think about sex a few times per month or week, and less than four percent only think about it once a month, if not at all. For the women, only 19 percent were found to be thinking about sex every day, while 67 percent admitted to thinking about it a few times per month or week. About 14 percent said they thought about it less than once a month.