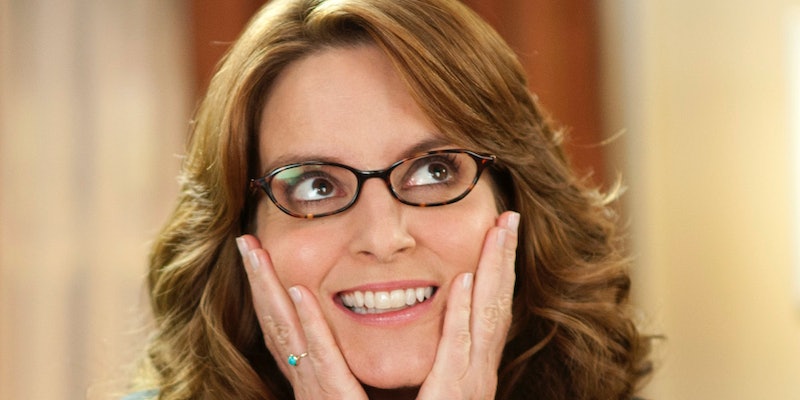 Hey, remember the year Kate Middleton and Prince William got married? The year we decided to "occupy" everything? The year the song "Friday" went viral and probably stopped intelligent alien life from attempting to contact us for another thousand years? That, my friends, was the year I ended my most recent relationship. I, of semi-sound body and mind, have been single for almost four years. In the time that I have been single, Kim Kardashian got married, divorced, married again, popped out a kid, and got pregnant with another one. I...ate a lot of pizza.

It's not like I consciously decided to be single all this time. I am hella ambitious, and in the years after graduating college, I have worked in Virginia, D.C., Seattle, Nashville, and now, finally, New York. In the words of Tina Fey, "B*tches get stuff done," and done stuff I have. I would not take back any of the ridiculous solo journeys I have taken for the world, or possibly even for Andrew Garfield (who will eventually come around and realize we belong together, but it's chill, I've got time). And while I see no reason to justify my singleness to myself or anyone else, it doesn't change the fact that people definitely make snap judgments about the perpetually single, often and readily. Here are a few of the ones that they are wrong about, so they can stew in that wrongness (and, y'know, maybe get off our backs):

We are exclusively either upset or joyous about being single

Within the same hour I can praise all the Nutella gods that I don't have to share jack with another human being, and then also be laying in bed desperately wishing somebody loved me enough to get up and turn the light off so my lazy ass doesn't have to. You can't put single people into this category of either ~blissfully single~ or hella desperate to get laid, because more often than not we are neither of those things or both. Like everyone else, we are hot messes, basically.

Something went wrong in our last relationship

More often than not, if people are single for a long time, it is more chalked up to timing than the quality of their last relationship. For some people, bad relationships do factor into their decision to stay single for awhile—but a large portion of us just haven't met someone we're interested in swapping face spit with yet, and know that it just takes time (and possibly alcohol) to make that happen.

Guys, I didn't have a cheeseburger last week, but that doesn't mean I don't want to have a cheeseburger ever again. (Dammit. I was trying to make a metaphor, but I just made myself ridiculously hungry instead.) Anyway, what I was trying to do before I rerouted myself to the nearest Shake Shack was compare this to our love lives: Just because someone is single for a long period of time doesn't mean that they want to be single forever and always. Some single people, maybe, but certainly not all of us.

We are jealous of our coupled friends

Speaking for myself, I love my coupled friends. I 'ship them hard and I'd be upset for them if I didn't, because if your friends think you're a bad match it's often a sign of stormy seas ahead. Healthy-minded single people never begrudge my friends a shred of their happiness. If anything, it's inspiring. "Hey, you found someone who puts up with your shenanigans! Odds are I will too." That, and being the third wheel means people feel bad for me and share their food more often. Go me.

We are scared of commitment

Actually, I'd argue that a lot of single people are more prepared for commitment than even people in committed relationships. A lot of us a single because of it, in fact. I'm not going to go out and date somebody I don't see myself with long-term, because I'm the kind of person that wants to feel committed in a relationship—as a result, I never date casually, which means I don't date nearly as often as my peers. It's not like I wanna jump the next human I see and propose marriage. I just don't want to waste anybody's time or toy with anybody's feelings unless I am completely sure.

But hey, that's just me. There are plenty of single commitment-phobes and plenty of coupled commitment-phobes, too. The human race is a crock pot of weird feelings. Welcome to being a millennial. Which brings me to my last unfair assumption about perpetually single people...

We are secretly hell demons come to collect your souls

OH, SNAP. You got us. If you wouldn't mind just tilting to the left a little bit so I can suck your life force out of your neck? That's perfect. Thanks.