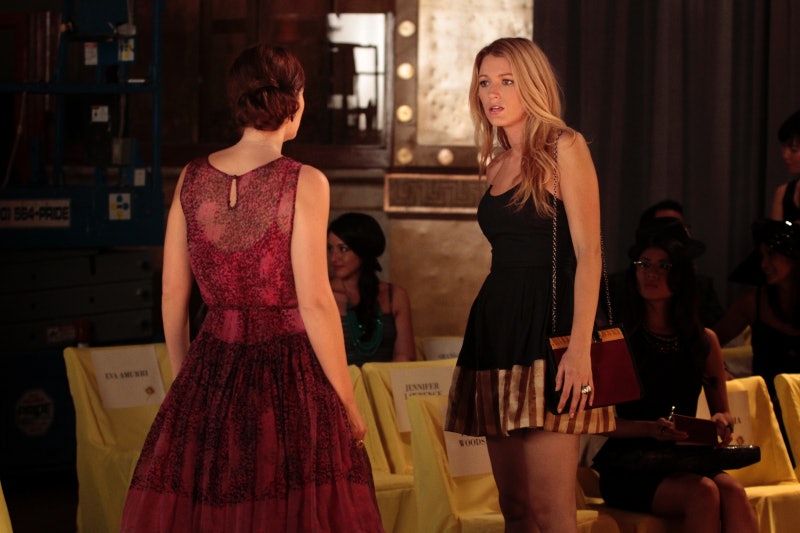 We're coached constantly on romantic break-ups: how to predict them, survive them, initiate them, cope with them, decide if one is what you really want. While those kinds of interpersonal departures are indeed acutely painful, there is an aspect to them that makes romantic love ever so slightly more approachable and bearable: we always kind of know we have a way out.

Such is not the case with friendship. We're more or less encouraged, if not conditioned, to feel that the friends you make you should keep for life. We're not instructed on how or when to break a relationship that's not romantic, so we get into this space of passive half-hatred for people, until we explode over something seemingly benign, and end the relationship there, if not take it as a cue to ghost out on them until they eventually get the hint.

It sucks. It's not a fun time for anybody involved. But what's really happening is we learn to act on the belief that we have to remain committed to people who bring anything other than happiness and genuine connection to our lives. Unfortunately, because we're not quite accustomed to letting our instincts do the work, our dislike for the people in our lives can creep up unexpectedly. Here are the nine things that tend to happen when you secretly dislike someone in your life:

You Find Yourself Avoiding Them, Even If It Seems Unintentional

You're reaching out on Gchat a little less, you don't think to text them first or initiate conversation, you've said "Let me check my schedule!" more than you have "Oh my god yes come over!" You realize it's been a few days, then weeks, then months since you've thought you really want to spend time with them.

You're Starting To Disagree With Almost Everything They Say, Even The Things That Are Innocuous

You're almost searching for any opportunity just to prove them wrong, or point out what you so desperately want to say but can't seem to get the courage to. That little bit of annoyance you feel with them — when neglected entirely — will just grow and grow until you acknowledge it, often in a much less honest and flattering way.

If you're talking about someone more with others people than you are with the person themselves, it's time you figure out what your hang up is, and discern how you can let it and them go. Aside from it generally not being a cool thing to do, it means you don't feel you can be honest, or that you have to suppress some significant part of how you really think or feel.

You Feel More Anxiety Than You Do Excitement To See Them

When it becomes a chore met with a groan and a sigh and an "I guess I have to do this to keep up with the relationship," it's pretty much already over.

They make a comment to which you are dying to respond, yet you just have to bite your tongue and laboriously glance downward at your lunch to avoid shouting out something potentially hurtful. It's not that you want to be mean or behave in any malicious way, just that you can only take so much before you implode.

If you notice a pattern emerging, one in which you're repeatedly upset, insecure, frustrated, or in need of a glass of wine and venting session every time you so much as hang up the phone with them. If there is anybody in your life causing you this much internal stress, it's a call to a) address the situation, or b) move the hell on if you cannot get through.

... And you selectively field phone calls and texts from them as well.

You Deeply Disagree With Something They're Doing, And Can't Be Honest About It

If it's at the point where you see your friend making a nearly intentional decision that will ruin their life, and your efforts to help, intervene, advise or even just be there for them during this time in their lives have been not only fruitless, but frustrating, sometimes it's a sign to walk away. You should support people and give them the empathy and respect you want in your life — but sometimes there's only so much tongue-biting you can do. Sometimes the biggest statement is: "I can't associate with you so long as you are destroying yourself/your life in this way."

Your aggravation also is rooted in feeling as though simply being nice to them is the equivalent of more or less just placating the issues they have. Smiling and nodding along is helping no one — but you feel you can't be honest, either. You find yourself in this in-between, this guilt-laden state of friendship-ish, and honestly, you have to choose which way you're gonna go. The middle is nowhere to exist.