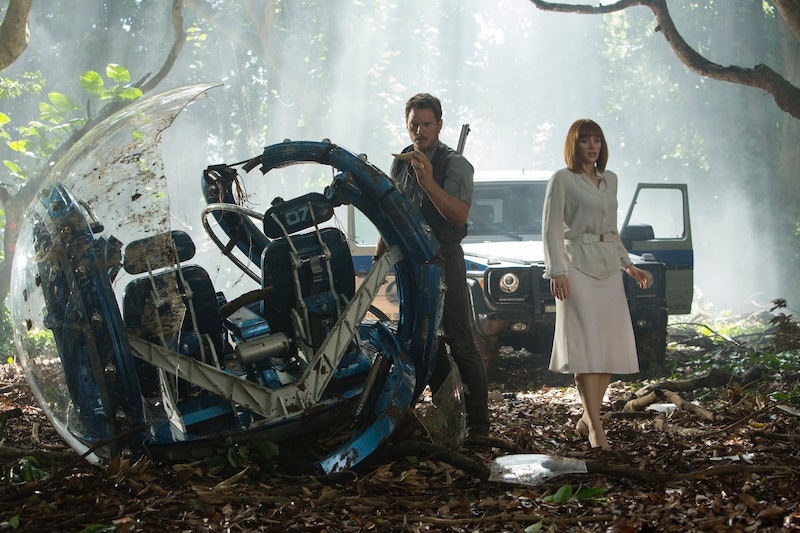 You wouldn’t find too many young filmmakers getting offended by being called “the next Spielberg.” It is no uncommon characteristic for aspiring artists to borrow a few tricks and techniques from their occupational heroes; a beloved auteur like Martin Scorsese, Stanley Kubrick, or Steven Spielberg, as such, would be a prime candidate to play benefactor to the style of many an up-and-coming director. But, when it comes to Spielberg in particular, there seems to be an unusual proclivity not only to mimic his aesthetic essence, but to claim free reign over his characters and stories as well.

Since Spielberg became an institution in the 1970s, artists and studios have adopted the practice of mining his movies for additional material. It started with the serialization of Jaws, carried on with the small screen spinoffs of the Indiana Jones series, and culminates with director Colin Trevorrow’s upcoming movie Jurassic World .

Projects in this community have taken many forms, ranging from halfway respectable sequels to downright rip-offs. As we look forward to the arrival of the latest entry in the Jurassic Park canon, we should also look back at past features and series that owe to Spielberg expressions of gratitude… and, in a few cases, some heartfelt apologies.

Directors: Jurassic Park III: Joe Johnston, who had previously worked as art director on Star Wars and had directed Honey, I Shrunk the Kids, The Rocketeer, and Jumanji, and has since directed Captain America: The First Avenger. Jurassic World: Colin Trevorrow, who directed the sci-fi dramedy Safety Not Guaranteed.

Assessment: We can’t exactly fault Jurassic Park III for sinking the franchise created by Spielberg, as the director’s own sequel, The Lost World: Jurassic Park, was a pretty big foul-up in its own right. Trevorrow’s contribution to the series has yet to release, but the addition of Chris Pratt is a huge box office draw.

Directors: Jaws 2: Jeannot Szwarc, who then directed Somewhere in Time, Enigma, and Supergirl. Jaws 3-D: Joe Alves, who had done production design for previous Spielberg movies. Jaws: The Revenge: Joseph Sargent, who made the original The Taking of Pelham One Two Three.

Assessment: Neither the maintenance of the Richard Brody character in Jaws 2 nor replacing him with his grown sons in Jaws 3-D and Jaws: The Revenge proved a fruitful endeavor for the story, nor did the toggling between Amity Island and Florida’s SeaWorld. The discretion of Jaws is what made it such a flavorful thriller the first time around; adorning and embossing the mythology only proved to rob it of its inceptive charms.

Year of release: 1992 – 1993, beginning 12 years after the original Raiders of the Lost Ark, three after the (at the time) most recent entry The Last Crusade, and 16 years before The Kingdom of the Crystal Skull.

Directors: With 21 episodes of the series under his belt, Carl Schultz was by far the most prolific director of the program. Schultz had also directed Goodbye Paradise, Bullseye, and The Seventh Sign.

Assessment: An effectively charming small screen outing, The Young Indiana Jones Chronicles shows off the “right” way to brave the remake of a Hollywood classic. As even Spielberg’s own Raiders of the Lost Ark follow-ups had paled in comparison to the original, the notion of capturing that Indy flavor to the same degree as seen in 1980 was a criminally tall order. (Kingdom of the Crystal Skull proved this tenfold.) But a week-to-week adventure — a style befitting the nature of the character — managed ample entertainment without any of the grand expectation or promise of a new movie.

Year of release: 1988, six years after E.T.: The Extra Terrestrial

Director: Stewart Raffill, who has directed such wonders as The Ice Pirates, Tammy and the T-Rex, and Survival Island.

Assessment: This film was basically just E.T., but with sequences involving wheelchair-bound children flying down mountains, and product placement-heavy dance parties inside MacDonald's restaurants. Audiences saw through the gambit, and Mac & Me wound up with a $6 million box office intake to E.T.'s $360 million.