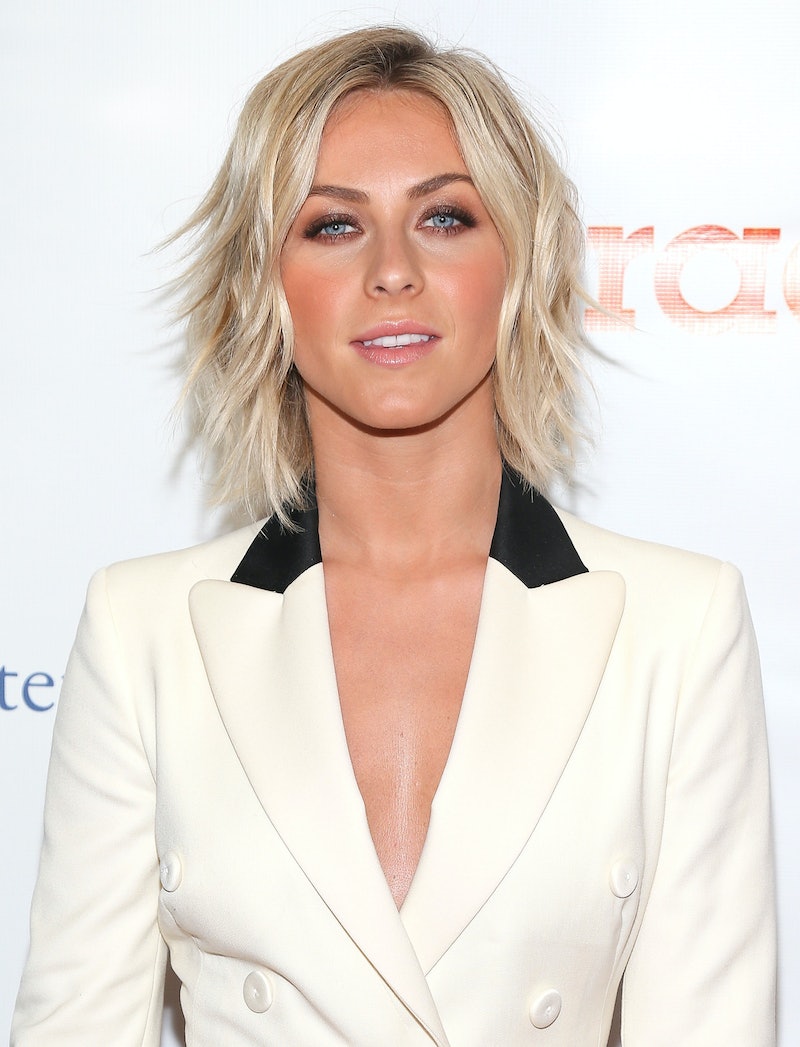 Isla Fisher knows best. This became clear when pal Julianne Hough showed up to a party in that not-so-PC Halloween costume and Fisher tried to save her from continuing the night in the terribly offensive getup. That's right, Isla Fisher tried to prevent Julianne Hough from being seen in blackface by suggesting she scurry to the bathroom and wash that shit off. But, it was a little too late for that, as photographers had already caught the Dancing with the Stars album in her certifiably crazy, Crazy Eyes costume.

To refresh your memory, Hough donned an orange prison jumpsuit over a long-sleeved shirt, tiny Miley Cyrus-esque buns on her head, and oh yeah, a shit ton of bronzer, or face paint, or whatever racist blackface makeup that was.

Honestly, we're a little surprised Hough got that far into the evening without someone warning her dressing up as a Black person for Halloween probably wasn't the best idea. Also surprising, that Fisher was, as far as we know, the only one to try and knock some sense into the Safe Haven actress.

In the coming days, Hough realized what a huge mistake that costume was, and tweeted an apology:

"I am a huge fan of the show Orange Is the New Black, actress Uzo Aduba, and the character she has created. It certainly was never my intention to be disrespectful or demeaning to anyone in any way. I realize my costume hurt and offended people and I truly apologize."

Fair enough. But let's just say we can't wait to see what Hough wears to next years Halloween bash.