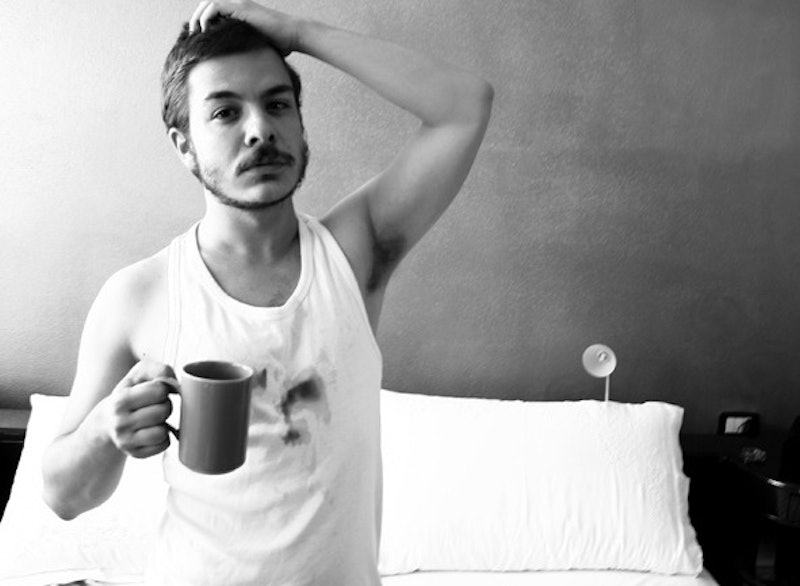 In a new study from personalcreations.com, it was found that more than 1 in 3 men have forgotten their anniversary. Wait, this is not news. But the study did take a look at specific demographics, such as age and income level, to find out what kind of person remembers an anniversary — and who has a memory about as good as a goldfish. To be fair, 30 percent of women have also forgotten an anniversary, in comparison to 38 percent of men. So we're all a little out of it. But what about the other nuances?

This may have something to do with society, too: Perhaps anniversaries are given more importance in the South, or with couples who come from a different era. This could be. And maybe Westerners forget anniversaries because they're too busy running around in the ocean and soaking up rays. Who knows. In any event, here are a few literary, anniversary-worthy quotes, in case your anniversary is coming up and you need something to scrawl in a card.

“But nothing is so strange when one is in love (and what was this except being in love?) as the complete indifference of other people.” — Mrs. Dalloway

“When you have two people who love each other, are happy and gay and really good work is being done by one or both of them, people are drawn to them as surely as migrating birds are drawn at night to a powerful beacon." — A Moveable Feast

"Once we believe that a fellow-creature has a share in some unknown existence to which that creature's love for ourselves can win us admission, that is, of all the preliminary conditions which Love exacts, the one to which he attaches most importance, the one which makes him generous or indifferent as to the rest." — Swann's Way

"My whole being from head to heels is bursting with a strange, incomprehensible feeling. I can't analyze it just now — I haven't the time, I'm too lazy, and there — hang analysis! Why, is a man likely to interpret his sensations when he is flying head foremost from a belfry, or has just learned that he has won two hundred thousand? Is he in a state to do it?" — "Love"

"Love will teach us all things: but we must learn how to win love; it is got with difficulty: it is a possession dearly bought with much labour and in long time; for one must love not sometimes only, for a passing moment, but always." — The Brothers Karamazov