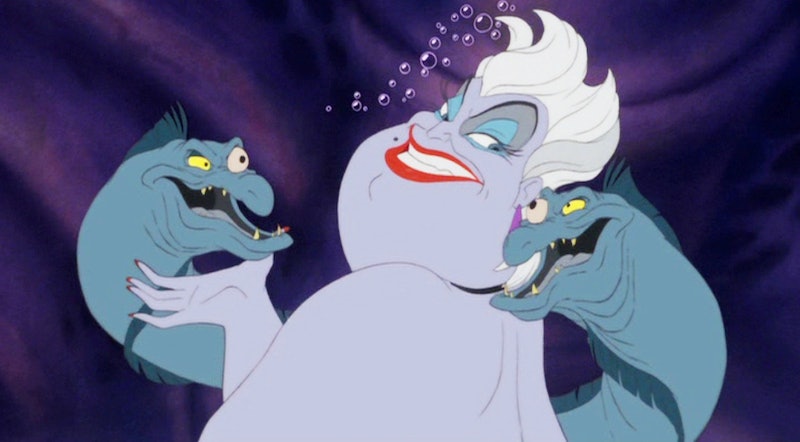 Even the most ardent fan of The Bachelorette can admit that, after 12 years, the show has started to feel slightly formulaic. If only there was a way to create a fantasy version of the show where, instead of your average beautiful woman, the Bachelorette was a fictional character from our favorite books and movies! At this point, every season features yet another gorgeous single woman sifting through 20 gorgeous single bachelors, all to find the man with whom she will hopefully find her happily ever after. What if some of the best and brightest ladies from movies, literature, and television could take a stab at finding love on the insanely popular series?

I know, it's nonsense... but after 12 years of the same thing, it's fun to imagine all the ways we could shake things up. Just picture Melissa McCarthy's Megan from Bridesmaids running all those handsome men through the ringer, or Sleeping Beauty's Maleficent doling out roses, presumably throwing the rejects into a thicket of thorns. Think of how much more fun the dates would be! Instead of the usual conversations about the pros and cons of having children, topics would range from "What was it like during the Civil War" to "Have you always had wings?"

With that in mind, let's imagine which fictional characters would make the most intelligent, discerning, and watchable Bachelorettes. (Sorry, Maleficent and Megan, but you didn't actually make the cut. Maybe next season.)

The bookish, sensitive, and plain-looking Jo had high emotional and intelligence standards for her suitors and never put up with nonsense. I dare those bachelors to try wooing her with their usual tactics; if you want to get close to Jo, you better read a book, buddy. Plus, like a true reality TV star, she knows how to set up a love triangle.

2. Harriet M. Welsch From Harriet the Spy (All Grown Up, Obvi)

Every now and then, The Bachelorette reveals some horrible secret about one of the bachelors. So-and-so has a secret ex-wife, or what's-his-name is only on the show for publicity. You know who wouldn't be caught off guard by some poorly thought out lie? The savvy and hyper-intelligent Harriet M. Welsch, that's who. Twenty minutes into the first episode, she'd be like, "Derek, I know about your lovechild with Melissa Rivers. Hit the road!"

3. Ursula From The Little Mermaid

Did it ever dawn on you that the soul who was truly poor and unfortunate in The Little Mermaid was Ursula? Maybe she just needed some more love in her life. Every rose ceremony could be a raucous musical number where she turns the losers into plankton! Besides, The Bachelorette needs to start bringing on more women of all shapes, sizes, and... species.

Who hasn't been waiting for the season where the final rose ceremony ends in a blood bath orchestrated by the Bachelorette, herself? Just imagine the intrigue as she manipulates and emasculates each bachelor, one by one, all the while being driven slowly insane by the consequences of her deceit. Chris Harrison wouldn't know what to do!

5. Claire Underwood From House of Cards

Claire Underwood is basically Lady Macbeth if Lady M lived in Washington DC and had an open marriage. Who doesn't want to see Claire bring her polyamorous tendencies to the straight-laced world of The Bachelorette, while simultaneously playing the bachelors like pawns in her quest for power?

Bachelor 1: So what do you do? Dagny Taggart: I keep the motive power of America spinning — in the face of extreme opposition — in the name of the almighty dollar, the only entity worth worshipping in the history of man. Money is the cornerstone of rationality, and rationality is the cornerstone of human existence; any other way of thinking leads to certain destruction and annihilation of the intelligent class, who should be revered as the fountainhead of ingenuity that they are. What about you? Bachelor 1: I own a chain of laundromats in western Missouri. Dagny Taggart: Take my body!

7. Scarlett O'Hara From Gone With The Wind

Every episode would feature Scarlett pretending to be in love with one of the bachelors to get him to write a check to cover the taxes on Tara, and the show's curtain budget would skyrocket every time she put on a new dress. It would be the most exciting season in The Bachelorette history.