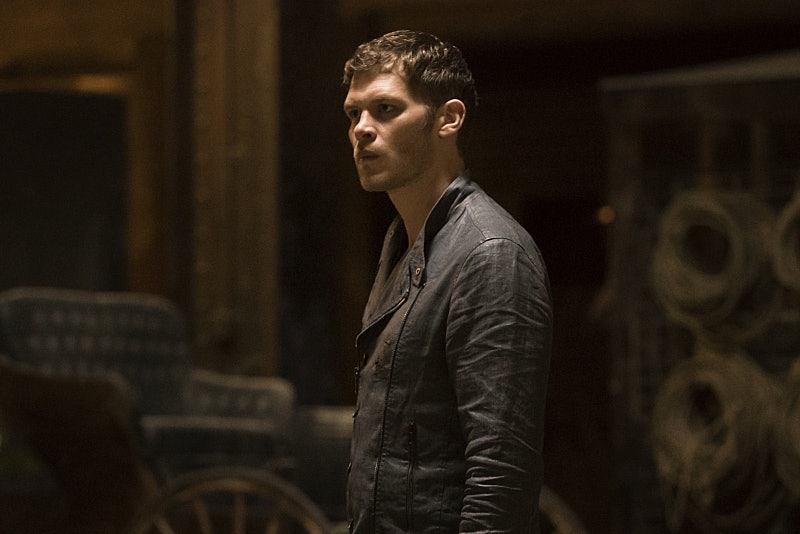 Oh, you didn't think the summer-doldrums were going to keep me from talking about The Originals, did you? We've got months to go until The Originals Season 3 premiere, but plenty of plot points to pick over in the meantime. And, even better, Originals Season 3 spoilers to get excited about. Last season ended on a fairly precarious note. Klaus had saved Hope from Dahlia, but to do so he had to (once again) sacrifice the trust and almost the lives of his siblings. He won, but he did so alone, and it seemed for the briefest moment like Elijah was really done with him. That is, until Hayley stepped in. That woman really got the short end of the Klaus-stick this time around, cursed to remain in wolf form except for one day of the month. She obviously isn't psyched to have her only child be raised alone by Klaus, so she begged Elijah to go back to the compound and help raise Hope. Of course, he goes back because they are in love forever. (I'm sticking to my Haylijah guns, ya'll.)

Even though Elijah has overlooked a lot in the last thousand years, he doesn't seem willing to forgive Klaus so quickly this time around. I've been doing some digging and it looks like we are in for more family fighting, according to plot secrets that are leaking out. Family fighting and witch drama, that is.

Daniel Gillies (Elijah) had an interview with The Wrap and spoke about the brothers' paper thin alliance that we will see next season. Check out the interview below, and just try to not be distracted by his hiatus-beard.

We knew when she was taking over as regent she would be large and in charge, but that sounds like only the beginning for everyones favorite teen witch. In an interview with TV Line, executive producer Michael Narducci said point blank that Davina will be channeling spirits.

The spirits are going to have access to Davina ... They’re going to lend her their power and communicate with her about what’s best for the people and witches of New Orleans.

3. She's Going Up Against Klaus

In that same interview Narducci laid out that more power for Davina is actually pretty bad news for the Mikaelsons, stating:

The Mikaelsons, some would argue, are not the best things in the world for the witches. That’s going to put them at odds, assuming there’s no larger threat coming for which they might have to unite against. There are a lot of different ways this could play out.

Even though Hayley is currently out of commission in the woods, don't count her out of the game just yet. In fact, she may be joining forces with some of the other women on the show (#girlpower). In an interview with TV Line, Phoebe Tonkin talked about the potential of a Hayley-Freya friendship. It could work, they have enough in common!

My favorite storylines on our show are the ones with the girls working together for the greater good, and not talking about men. Now that we have four girls — me, Riley [Voelkel], Leah [Pipes] and Danielle [Campbell] — I’m excited for storylines with us four.

OK, this isn't a direct spoiler per say, but things are clearly up in the air for our main Vampires. Elijah and Klaus are tense at best, and I am hoping that this means that Marcel will come back to the compound and be integrated with their lives. It gets him closer to Rebekah, and allows for more bro-bonding time with Klaus and Elijah. I vote yes.