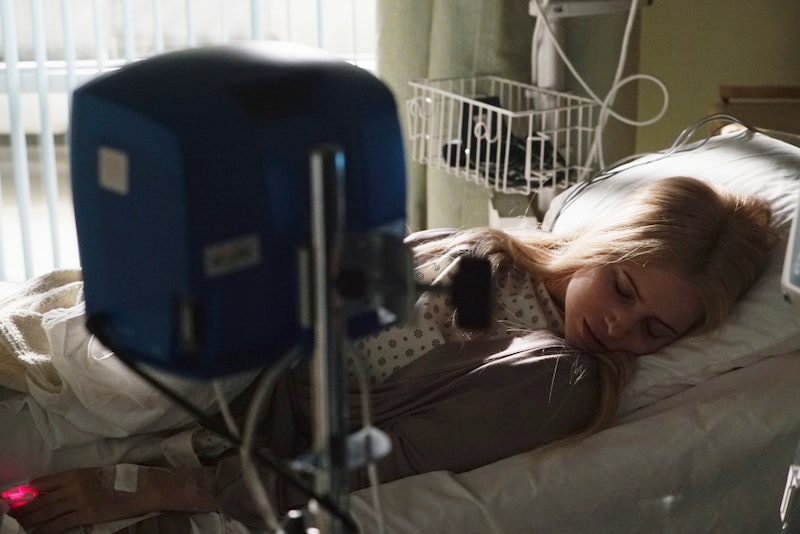 While I doubt any fans were surprised to see that the Rosewood PD is still convinced that Andrew is Charles DiLaurentis on Pretty Little Liars , I can't be the only one who was legitimately shocked at how fully the Liars believed it. I thought that the Liars would have their doubts about their classmate being Big A, but considering that Aria actually lied about seeing Andrew in the dollhouse in an effort to see him convicted, it seems they're all sold on the suspect. Or, at least they were, until Sara Harvey showed up at Emily's house and planted a seed of doubt that not only made the Liars consider Andrew's innocence, but actually seemed to help reunite them.

Throughout the episode, we saw all four Liars struggle to face one another after the trauma of the dollhouse, which we learned consisted of Charles forcing the four to torture each other with physical pain, as well as other methods, like withholding water. It was completely understandable, especially since all of the Liars made it clear that they still cared about each other, they just couldn't bear to be reminded of their past (forced) actions.

However, it seems like Sara may have inadvertently helped them begin to repair their relationship when she ran away from home and showed up at Emily's house. When she asked Emily if she really thought the person the police arrested, Andrew, kidnapped and tortured them, it was the first time Emily seemed to really question it. And how did she deal with that uncertainty? By calling the other Liars.

"Songs of Innocence" ended with a montage of the four friends on the phone with each other in their respective houses, and though we couldn't hear what they were saying, it seemed like they were talking about Andrew and whether he is in fact Charles. But the important thing is, they were talking to each other. The healing process will undoubtedly be a long one for the core characters of Pretty Little Liars, I just hope that they are able to lean on each for support the way they always have, and prove to Charles that he can't break their bond.

For more on "Songs of Innocence," check out Bustle's PLL podcast below.

More like this
A New Portrait Shows King Charles With William & Kate Before The Queen’s Funeral
By Stephanie Topacio Long
'The Rings Of Power' Episode 7 Will Feature An “Unlikely Pairing Of Characters”
By Grace Wehniainen
'Firefly Lane' Season 2 Will Be The Show's Last — But There's A Twist
By K.W. Colyard and Grace Wehniainen
The ‘Kevin Can F**k Himself’ Season 2 Finale Twist Is A Full Circle Moment
By Grace Wehniainen
Get Even More From Bustle — Sign Up For The Newsletter