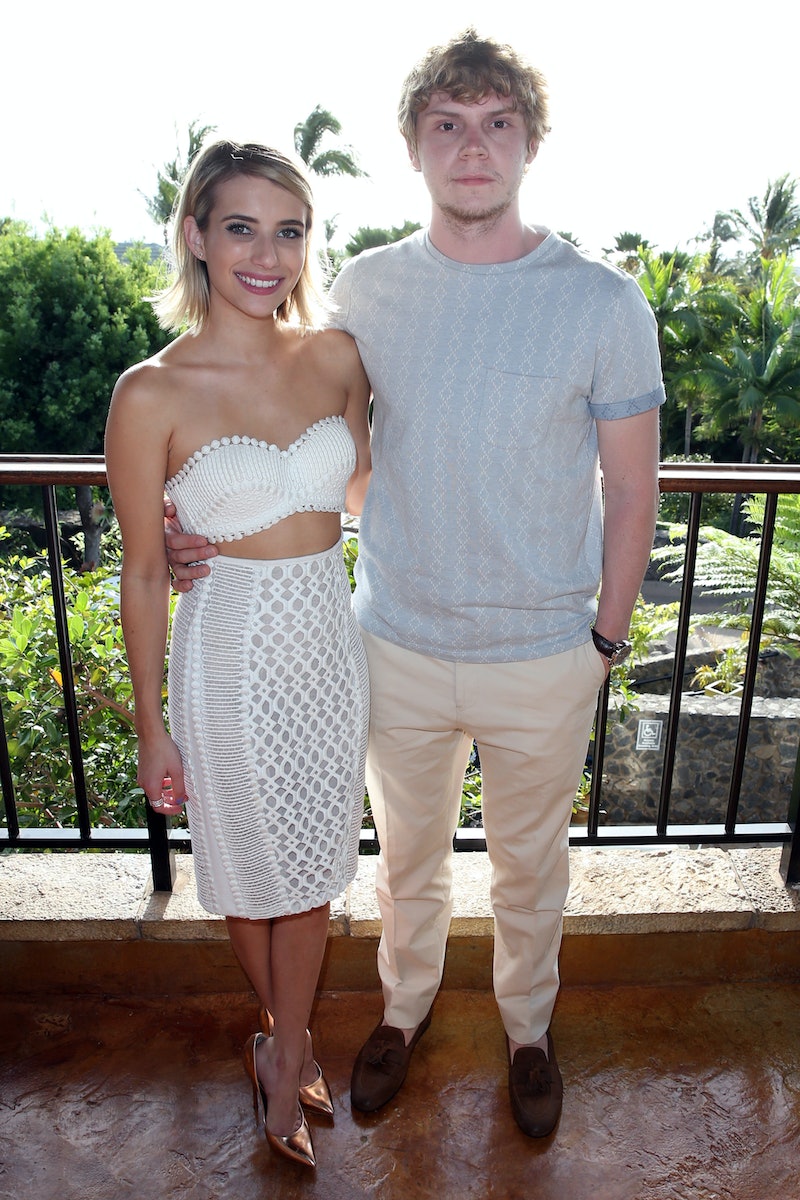 It's with heavy hearts that we must begin to accept that Emma Roberts and Evan Peters may have broken up. On June 12, various news outlets (including Just Jared and Us Weekly) began to report that the duo, who initially began dating in in 2012, called it quits after three years (including their engagement in 2014).

The couple always looked incredibly adorable together, whether they were posing on the red carpet or they were out and about around town. However, the pair memorably appeared in American Horror Story together the past two seasons of the show. (Peters filmed episodes for the upcoming fifth season, while Roberts is starring in another Ryan Murphy show, Scream Queens .)

I'm understandably a little bummed that the two possibly split. Yes, they were fairly young when they got engaged (Roberts was only 22 years old!), but I still like a happy ending, especially for such talented people.

To console myself and reassure the rest of the Roberts-Peters shippers that true love does exist, I've gathered some of the actors' sweetest moments together. (It's always good to remember the happier times, right?)

Whether you're a cynic or romantic — and hopefully you're the latter! — you can check out seven times the couple was too adorable to handle in the photos below to help soften the blow:

An exception to rules against public displays of affection.

When They Posted This For The Fans

Even watching their own TV show, Peters and Roberts are adorbs.

Not gonna lie, it makes me feel like I'm BFFs with the Roberts and Peters.

When The AHS Cast Joined In The Lovefest

Even if he doesn't want to play Uno, they were still relationship #goals.

When They Gave Us Even More AHS Selfie Love

When They Cleaned Up Real Good

I mean, drop the mic. They're just too darn cute.