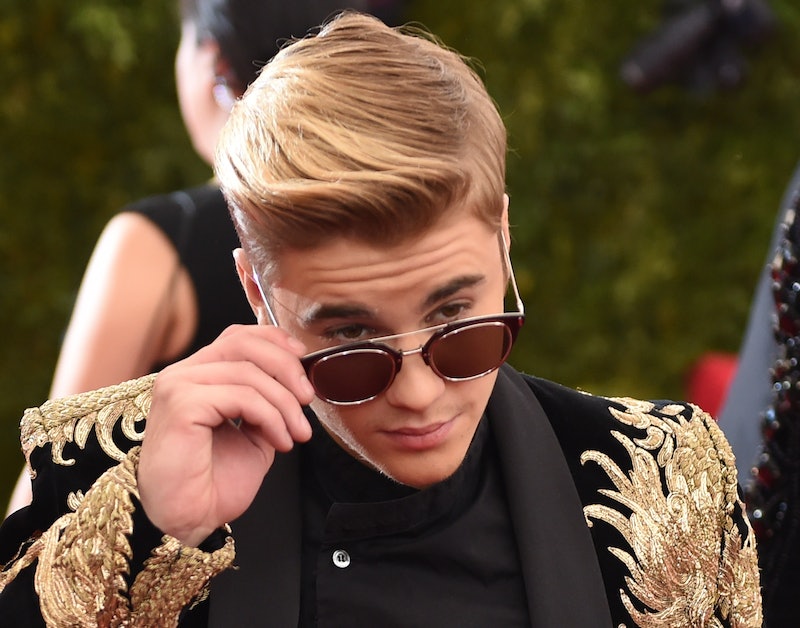 Mark Wahlberg was gifted something many Beliebers can only hope to ascertain: Photos of Justin Bieber in his underwear. Of course, we all already know that the singer is the selfie king of Instagram, so it's so surprise that he was sending snaps of himself. But, in his underwear? Yeah, that's a little more unexpected.

It's OK, Wahlberg. I know a few million Beliebers who would sell their signed copies of Believe to see one of those snaps. On the bright side, the actor pointed out that he'll still likely encounter an underwear-clad Bieber: "I don't need to see a picture of you in your underwear," Wahlberg said. "I'll probably see it when I'm driving down the street, and I'll still try to avoid it."

Given that the news of this selfie transaction was so surprising, I'm willing to bet that the singer is sending out more pics of himself to other celebs — though, probably not the underwear ones. Here are seven other celebs I think he's texting:

Bieber is reportedly back to hanging out with his ex, Selena Gomez. It only makes sense that she'd be added to his selfie distribution list.

Ellen DeGeneres is BFFs with the singer. The two are always pranking fans and in general being hilarious together, so I can see them exchanging funny selfies on text and, I don't know, Snapchat.

Usher is Bieber's mentor, so it only makes sense that he and Biebs likely keep in touch.

Bieber has to check in with his mom, right? Besides, what mother doesn't love getting adorable photos of her son? I feel like the selfies he'd send to his mom would be the cutesy ones that the public doesn't get to see.

Miley Cyrus is a member of Instagram's selfie royalty and she has a great sense of humor, so it's not hard to imagine her swapping funny pics with the Biebs.

Carly Rae Jepsen is such good friends with Bieber that he even appeared in her video for "I Really Like You." I feel like with them, though, they'd just send funny GIFs back and forth over text.

Martha Stewart was one of the best and unexpected parts of Bieber's roast. It would be a crime if these two weren't constantly swapping recipes — and selfies at the farmer's market, or something.

More like this
Selena Gomez Reacts To TikTok Users Who Say She Shaded Hailey Bieber
By Grace Wehniainen
5 Mini Skirt Outfits To Wear, Inspired By These Brave Souls
By Avery Matera
Joe Alwyn Reacts To Taylor Swift Earning An NYU Doctorate In A Rare Interview
By Jake Viswanath and Nicole Pomarico
Harry Styles Addresses The Theory That His New Song "Daylight" Is About Taylor Swift
By Jake Viswanath
Get Even More From Bustle — Sign Up For The Newsletter