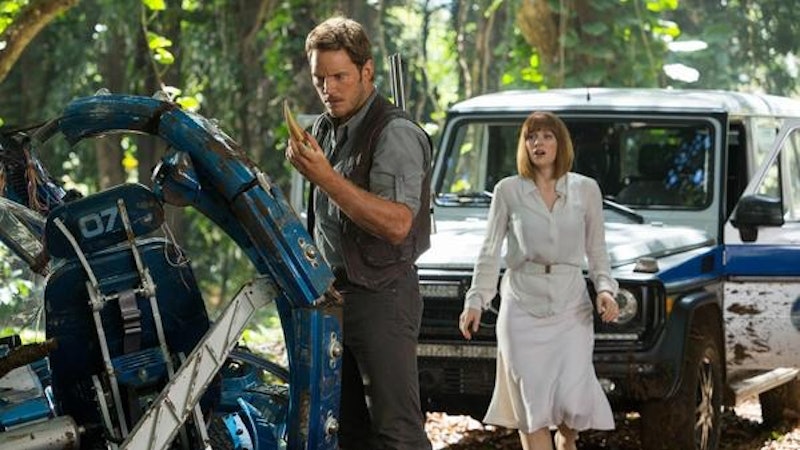 Throngs of fans hurried to their respective theaters when the highly anticipated dino-flick, Jurassic World, was released on June 12. I was one of those fans who had been aching for some dinosaur-centric action and thrills like you wouldn't believe, and Jurassic World was not one to disappoint. Although a product of CGI and other technologies, the prehistoric behemoths that serve as the film's focal point couldn't look more real. Other than the paleontological predators enhancing the film's aesthetic — along with a star-studded cast which includes Chris Pratt and Bryce Dallas Howard — the tropical landscape of Jurassic World caps off what makes this film a visual masterpiece. The dinosaur-laden park which serves as the movie's namesake is said to be set in Isla Nublar, an island that is approximately 120 miles from the coast of Costa Rica. Although the panoramic shots of Isla Nublar may have you wanting to book your ticket to see the island for yourself, it is — unfortunately — a work of fiction, so don't reach for your passport just yet. Isla Nublar seems to be inspired by the Coco Islands, which are also located off the coast of Costa Rica, but an information on an exact location that would fit Isla Nublar's parameters is sparse.

What has been noted in reports is that Costa Rica would actually not be an ideal location for a group of scientists to regenerate prehistoric life to serve as exhibits for a theme park. According to one report:

"While it is an amusing aside that one of the most popular science fiction franchises is based in Costa Rica, the fact is that in the Jurassic period of about 190 to 135 million years ago, this country was barely an island that lacked the genetic material needed to bring life to dinosaurs. This has been confirmed by paleontologists, and even the oldest fossil found here corresponds to a species that roamed Costa Rica millions of years after the dinosaurs became extinct on Earth."

The report goes on to note that the only location in Costa Rica that could possibly serve as a realistic spot for prehistoric debauchery would be "Santa Elena in Guanacaste, one of the oldest regions in Costa Rica..." Although it has never been confirmed, it is possible that dinosaurs once walked through the island's landscape. The island is also home to Montervede, a "cloud forest" that strikes an interesting resemblance to some of the scenes showcasing lush foliage in Jurassic World as well as its predecessor, Jurassic Park. Thus, I'd like to theorize that the actual location in Jurassic World would be the Montervede forest in Santa Elena.

The scenes depicted in Isla Nublar may make us yearn for the location to be a real place we can book some tickets to (sans genetically modified dinosaurs who "kill for sport," of course), but it's nice to know there are at least a few tropical locations that somewhat parallel Jurassic World's aesthetic.