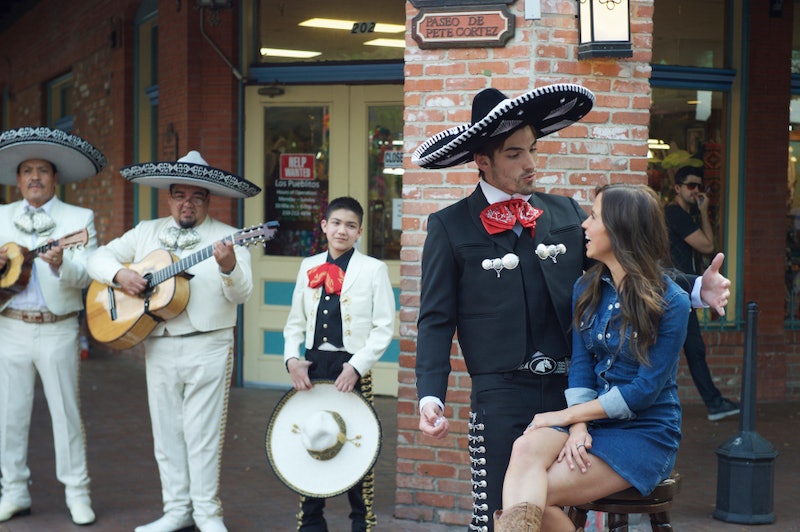 Well, guys, it's official: Jared has overcome his weird Love Man stunt from the season premiere of The Bachelorette. I think we can all agree on the fact that none of us was really expecting that to happen. I mean, I, for one, was initially really turned off by him. For starters, he was #TeamBritt, and, while I hated the fact that the show was pitting two women against each other and putting their fate in mens' hands, I will admit that I was pulling for Kaitlyn the whole time. Also, there was just something about him that immediately irked me (other than the Love Man thing, I mean), and I just couldn't put my finger on it. However, things have changed in the weeks since America first met Jared, and I think it's safe to say that he might just be the most successful dark horse contestant in Bachelorette history.

Now, I'm no Bachelor or Bachelorette expert, but I can't think of another season in which a contestant that seemed like he would be one of the first to go ended up being one that I could see making it to hometown dates — and not just because the producers want him there. Jared seems like anyone's dream guy, and I think that, if Kaitlyn doesn't end up picking him for the final rose, he's got a great chance at being next season's Bachelor. Here are five reasons Jared's time on the show has been more successful than any other underdog in Bachelor/ette history:

1. He Was Honest From The Beginning

He told Kaitlyn right from the start that he voted for Britt, but was still excited to get to know Kaitlyn now that she was the girl they were there to fight for. While I'm sure that was initially unpleasant to hear for her, it proves that Jared really was there to find the girl of his dreams, and he wasn't going to let the stupid double-Bachelorette twist get in the way of that.

Remember that awful group date where all the guys basically just beat each other up for a few hours? Well, Jared beat Kupah in their fight. (You remember Kupah, right? The scary guy that Kaitlyn sent home for being the worst?) Jared's a scrappy dude, and clearly one that won't back down from hard fight.

3. He Didn't Let A Little Concussion Hold Him Down

Oh, yeah, did I mention he basically got concussed during his last fight on that awful group date? Well, he still convinced the producers to let him see Kaitlyn before he went to the hospital, and he got a cute little kiss in FTW.

4. His Date With Kaitlyn At The Met Was Basically The Best Date Ever

Attention all future dates of mine: Please close down the entire Met, get me some Neil Lane diamonds (or plastic ones, I really don't care), wear a tux, and be amazing. That date was seriously my dream.

5. He's Definitely ~*There For The Right Reasons*~

And you really can't say that for too many guys. Right, Clint?