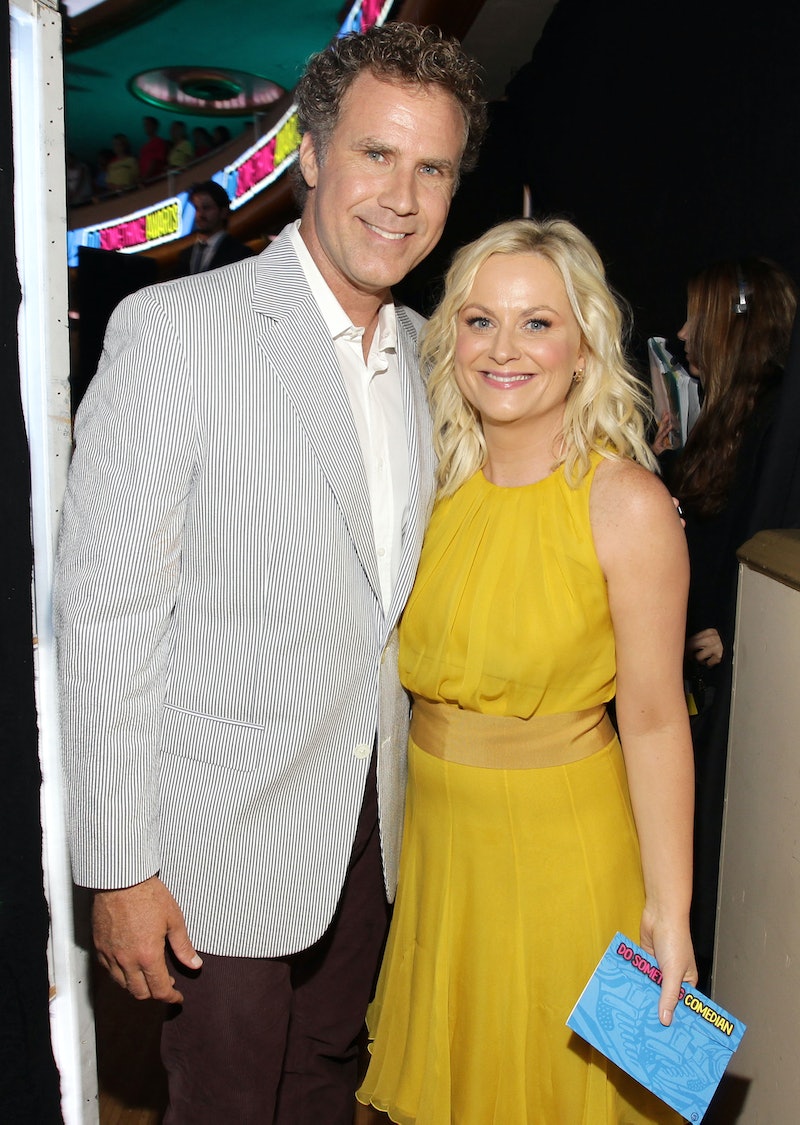 I've been obsessing over the news that Amy Poehler might star alongside Will Ferrell in an upcoming comedy, The House. Each day we get closer and closer to official confirmation that Poehler signed on (most recently, Vulture reports that she's in "final negotiations" — which basically means it's happening, right? Right??), making my dream that much more of a reality. The only thing better than Ferrell and Poehler's combined amazingness is if they recruited their equally hilarious friends to co-star.

That brings me to my next point: In a dream world, the two actors would bring us the LOLz accompanied by a myriad of other stars. Think Saturday Night Live, only an epic movie. Both Poehler and Ferrell have extensive, star-studded resumes. They carry enough clout to convince many a comedian to make an appearance in their projects. Also, by all accounts they're awesome to work alongside. (If you need convincing, just watch Blades of Glory.)

Since The House is clearly still bulking up its cast, I thought I'd nudge the execs in the right direction for the rest of the characters. Here are seven stars in Ferrell and Poehler's circle of funny friends who would be hilarious additions to the new movie.

From Anchorman to Parks and Rec, Paul Rudd is a Ferrell/ Poehler staple. Plus, Knocked Up is proof that he can crush suburban-set comedies.

It's pretty much a given that whenever Tina Fey and Poehler are in the same room, they're the funniest ever.

The Oscar-nominated Steve Carell got praise for his serious turn in Foxcatcher, but we'll always love his comedic charm.

Adam Scott played Poehler's on-screen spouse, so we know the chemistry is there. Now we just want them reunited.

If this interview is any indication, Mindy Kaling and Poehler are awesome together. (Plus, I want to BFF with both of them IRL.)

This would be the perfect vehicle for Lindsay Lohan's glorious return to movies. It would be kinda cool to see her hanging out with Regina George's mom again.

Chris Pratt is a bonafide superstar helming blockbusters, but there's no doubt that he would crush a cameo alongside Poehler and Ferrell. If The House can land Poeher, then it shouldn't be that hard for them to land any or all of these hilarious stars as well. I know I'm already buying a ticket in anticipation.