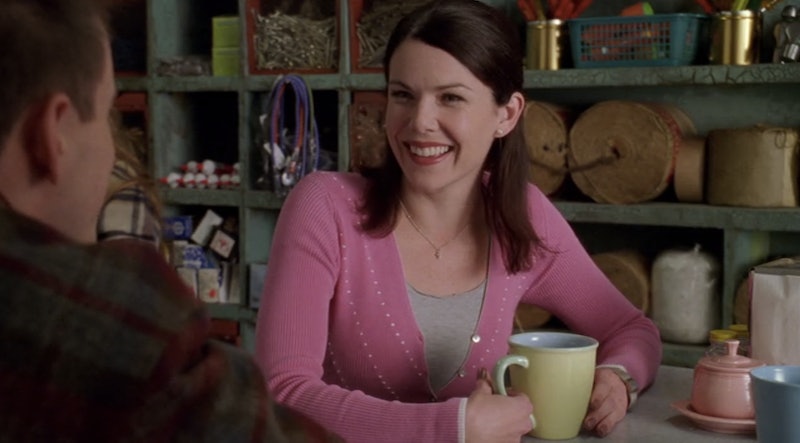 If you're a Gilmore Girls fan with aspirations of moving to Stars Hollow, despite it being tragically fictional, you've probably dreamed of popping over to Luke's Diner for some coffee and cheese fries at one point or another. And, since you can't (see: fictional), you've probably had to live vicariously through the Gilmores as they trade rapid fire conversation about Pippy Longstocking and so on. It always seems like those two are having a blast, not just because they have a less-screamy relationship than you or I have with our mothers, but because they basically never have to wait a millennia for their waffles and burgers. But is it the Gilmores alone that get preferential treatment, and, even if so, where do the other Stars Hollow inhabitants fall on the spectrum?

Well, first of all, a loud "yes" to the first part of that question, but the Gilmore who would get the quickest service may be shocking. You'd think it would be Lorelai, Luke's peppy love interest, that would snag the first muffin of the day, but you'd be a bit off by assuming that. Think about it: Luke and Lorelai's verbal sparring matches delay an order at least two minutes. Therefore Rory, beloved like a daughter by Luke and having, at certain points, her best friend and her boyfriend waiting tables, would get her grub first.

As for the minor players? Miss Patty holds star status in the town and would get a prompt meal, Jackson and Sookie wouldn't need to come in often but they'd get decent service, and Kirk would eventually get his meal after launching into some weirdo monologue about his mother. And as for Taylor? He'll get service over Luke's dead body.

Here's how it all breaks down: