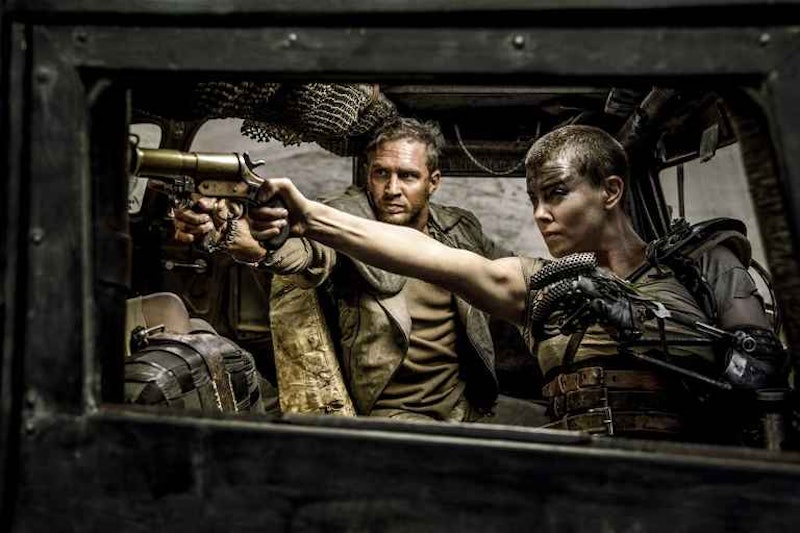 Filming a brutal action movie in a sweltering hot desert isn't exactly the most romantic scenario in the world. Nevertheless, Charlize Theron and Tom Hardy's stunt doubles met on the set of Mad Max: Fury Road back in 2012 and were married in March, 2013. I suppose kicking ass and taking names really brings people together. So does the intensity of the film. Mad Max has such a strong dramatic core that everyone from the stars to their stunt doubles have to carry the weight of the story in every single shot. Thankfully the cast did in fact find moments of levity while shooting, so much so that Dayna Porter and Dane Grant were able to connect in ways that wasn't fist to face.

Grant told The Telegraph that it was love at first sight (or punch, rather), "I remember that first day meeting her in the stunt rehearsal gym. She stood out for all the right reasons... Every time we get to work together is a blast, but none more so than the initial fight rehearsal."

The couple can also thank Mad Max Fury Road for their 14 month-old son who will most assuredly be the kid in high school who all of the coaches try to snag away from the drama club.

What's even more endearing about these two is that they're totally gaga over each other. See for yourself: