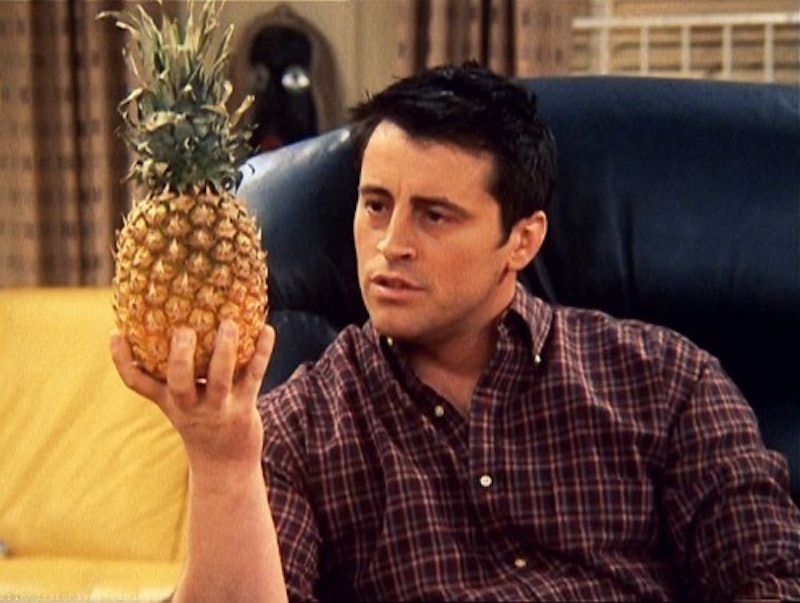 My favorite member of the Friends gang changes from day to day, but most of the time, I'd definitely go with Joey. Not only do we both have an appreciation of relaxing in comfortable chairs like the Barcalounger while drinking beer and watching TV, but we have the same philosophy on food: Joey doesn't share food, and neither do I. From time to time, I've even been known to order the Joey special — two pizzas. The whole group might be funny, but Joey's unquestionably the funniest, although most of the time, it's unintentional. Still, I think that, at times, Joey is the wisest one on Friends.

At times, though, he seems to be one of the more overshadowed cast members. I understand — Rachel and Ross' relationship was the cornerstone of the entire series, and how could you not love Chandler and his sarcasm? It'd be easy to forget about the brilliant man that is Joey Tribbiani. But, that all stops today. It's time Joey gets the appreciation he deserves, as a character and as a true genius.

Here are some of my favorite times Joey let his inner wisdom shine. We'd all be better off if we lived a little more like Joey, don't you think?

1. He Knows What To Do In An Emergency

What was he supposed to do, let all that food go to waste? I don't know why everyone looked at him like he was nuts.

2. He's Mastered The Art Of Loving His Body

Joey doesn't need the light mayo. He loves himself just the way he is.

3. He Carries A Fork Everywhere

You never know when cheesecake will appear, unexpectedly.

4. He Understands How Much The Real World Sucks

It's true. You need nothing but a comfy recliner and your remote.

Bet you never saw "fire" coming. Beats everything. Except for Phoebe's water balloon, of course.

Just get inside the map. It's like using a GPS before there was such a thing as a GPS.

7. He Exposed A Massive Truth About The American Household

The TV is the center of all of our lives, unless you're one of those boring types who doesn't have a TV in their house, and then Joey and I don't need that kind of negativity in our lives.

8. He Appreciates The Best Parts About Himself

9. He Never Lets Himself Stay Down For Long