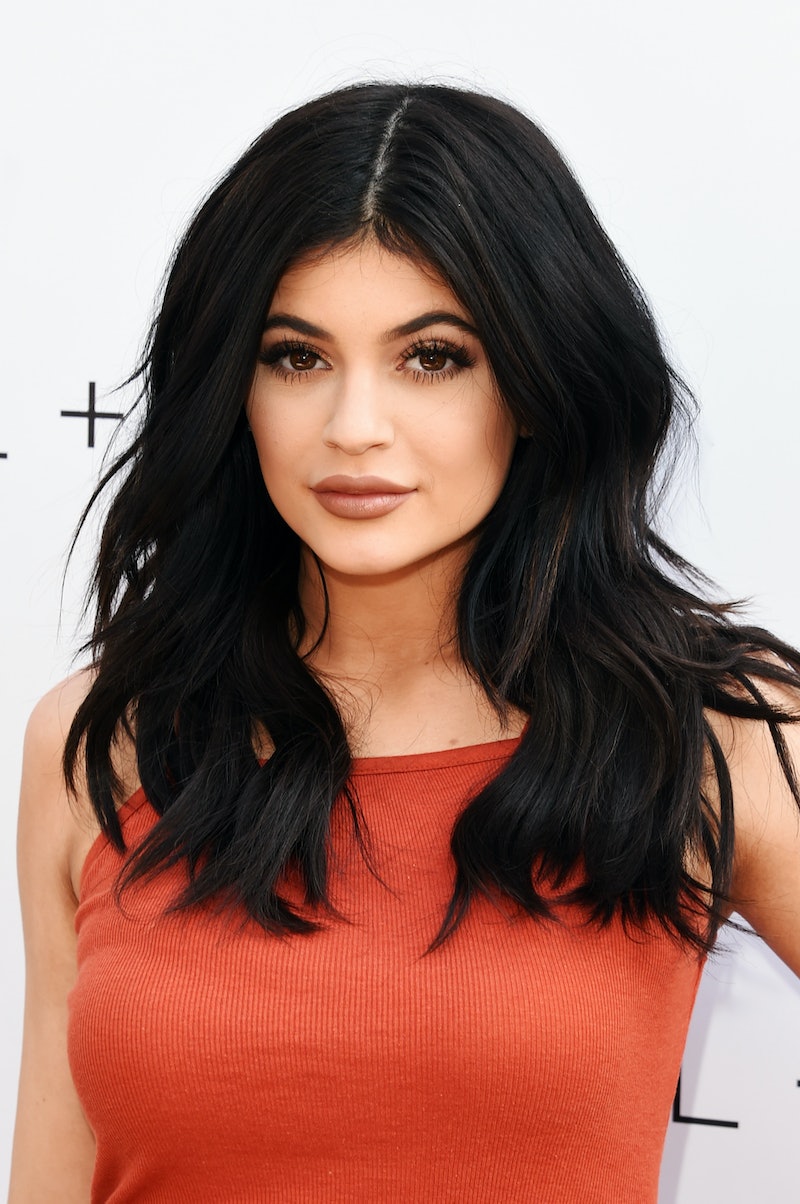 Most of the time, it has to be awesome to be a Kardashian. The entire family is gorgeous, they go on amazing vacations on the regular, they're not stressed out about paying their bills (to say the least) and they're living lives that most of us can only dream of. I mean, do you celebrate your birthdays with Kanye West? Is Kim Kardashian a phone call away when you need makeup advice? My point exactly. But this week, the young but wise Kylie Jenner reminded us of something very important: It's not always wonderful to be part of a family so famous it's its own franchise. On Wednesday night, Kylie shared a Snapchat story about the bullying she's experienced, and as easy as it is to forget, she's not this untouchable figure we watch on TV and follow on Instagram. She and the rest of the Kardashian-Jenners are real people, too.

In her Snapchat videos, Kylie explained that she's been dealing with bullies from age nine, and wanted her followers who might be dealing with the same thing to know that they're not alone. She said:

It's kinda crazy I have four million people watch my Snapchats. Half of you guys think I'm weird and the other half think I'm funny. I think that I've been bullied since I've been nine, from the whole world it feels like sometimes. I think that I've done a really great job in handling all of this, but there's bullies everywhere, so this was just a little late Snapchat to tell whoever with their own bullies that the only opinion that really matters is yours and to never change. This isn't a pity party, though. Don't get it twisted. This is to let others with bullies out there to know that you're not alone. Goodnight, spread love, love y'all.

I want to take this opportunity to remind everyone that Kylie is 17. I don't know about you, but at 17 years old, anytime anyone even looked at me the wrong way at school, I was in tears — and this was before there were 97 forms of social media for teenagers to use to bully each other, and I wasn't part of one of the most recognizable and gossiped about families in the entire world. And Kylie's right: She has done a great job in handling it. She and Kendall were both featured on Keeping Up With The Kardashians starting at ages 12 and 10, which is really early in life to be subjected to millions of people who feel like they have the right to judge you and everything you do and say. But they've both managed to grow up in the spotlight with grace, even when Twitter turned Kylie's lips into an actual challenge.

And out of the four million people who get her Snapchats, I'm betting there are thousands who will benefit from her anti-bullying message, and that's something she should definitely be proud of.

More like this
Kylie Jenner Shares A New Photo Of Her Son With Travis Scott For Father's Day
By Jake Viswanath
Winter 'Love Island' Is Officially Coming Back & Twitter Has Thoughts
By Sam Ramsden
Will Beyoncé Be At The BET Awards To Perform “Break My Soul” Or Attend The Show?
By Jake Viswanath
Twitter Has *A Lot* To Say About Justin Timberlake’s Beat Ya Feet Dance
By Sam Ramsden
Get Even More From Bustle — Sign Up For The Newsletter