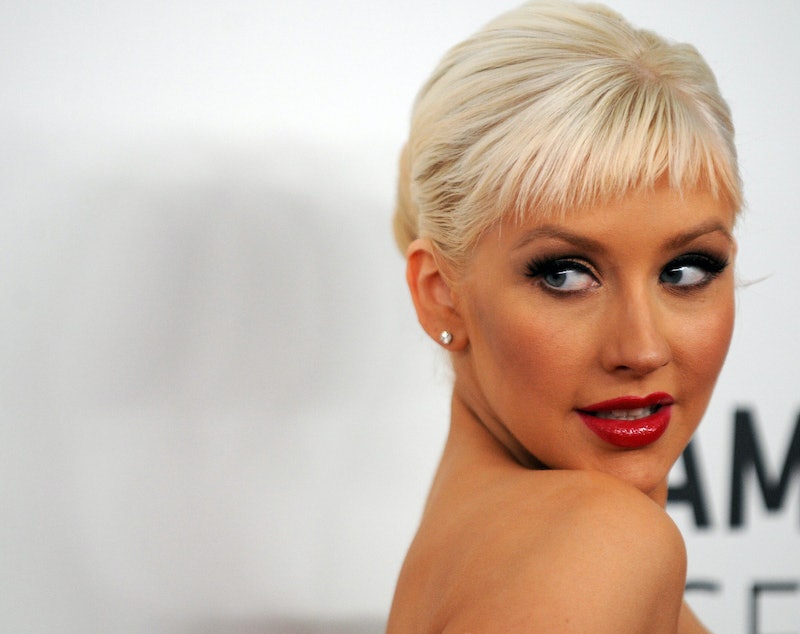 One would think that if you had Christina Aguilera’s voice, a musical collaboration wouldn’t even be necessary, but I’ll admit that’s probably just my biased fandom tendencies showing. Obviously, she doesn’t need anyone’s assistance to record a song that will literally bring you to your knees — but Xtina teaming up with other singers over the years has definitely led to some moments of pure musical magic. You can’t tell me that Maroon 5’s “Moves Like Jagger” didn’t benefit from her contribution to the song — and don’t even get me started on the mic drop moments that are Xtina’s verse and ad-libs on 2001’s "Lady Marmalade." Voulez-vous argue avec moi ce soir? I think not.

Anyway, as amazing as Xtina's collaborations are, I have to admit: Even as a diehard Xtina lover, there are actually several songs she recorded with other artists that have completely slipped my mind. That’s likely a major infraction in the eyes of true Christina Aguilera fans, so, in an effort to remain jam-packed full of Xtina stats, opinions and memories, I immediately took to the Internet to discover a few collaborations I may have forgotten about. It was an amazing journey, to say the least: Turns out, there are tons of collaborations I didn't even know existed, and each is just as amazing as the last. Xtina can do no wrong when it comes to singing, and this is proof.

So, unless you happen to have her entire musical catalog committed to memory, here are seven Xtina collaborations you might not remember:

"Nobody Wants to Be Lonely" With Ricky Martin

The irony of Martin and Aguilera singing "Time is precious and it's slippin' away" isn't lost on me because it's been 15 years since this song was released, and yet, I completely forgot about it.

"Tell Me" With Diddy

This song was featured on Diddy's 2006 album Press Play, but I need to hit rewind because my recollection of this collaboration is rather foggy.

"Tilt Ya Head Back" With Nelly

Who else is down to blame this round of forgetfulness on Nelly's singing?

According to Green in an interview with Jimmy Fallon, this track was originally to be included on the Burlesque soundtrack, but it didn't make the cut. Was it worth remembering? (I'll let you be the judge.)

This cute collaboration comes courtesy of the Shark Tale s soundtrack. You should totally get reacquainted with it because Aguilera's vocals are on 10 throughout the entire song.

I may have forgotten about this collaboration, so I'm all for Xtina and Minaj coming together again to produce something more memorable.

"Steppin' Out With My Baby" With Tony Bennett

A few years before Bennett recorded Cheek to Cheek with Lady Gaga, Aguilera recorded a song with him. This is one collaboration I feel somewhat guilty for not remembering, but I'll be sure not to forget it again.

More like this
What Is Ariana Grande's Net Worth? When It Comes To Money, She Has No “Problem”
By Hugh McIntyre
Rihanna Is America's Youngest Self-Made Woman Billionaire, According To 'Forbes'
By Hugh McIntyre
Rihanna Just Made Her First Official Outing Since Becoming A Mother
By El Hunt
Britney Spears’ Honeymoon Plans Include Watching This Movie With Her Husband
By Grace Wehniainen
Get Even More From Bustle — Sign Up For The Newsletter