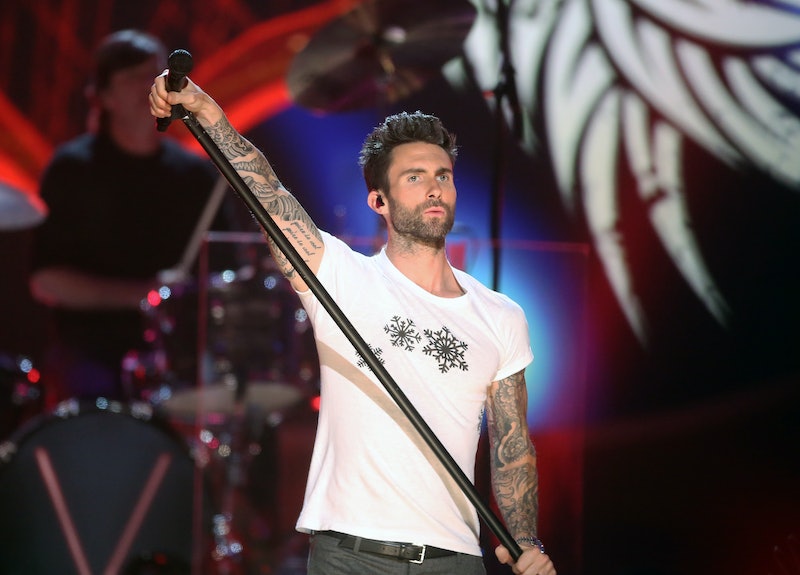 Whether you love them or hate them, you've undoubtedly suffered from a Maroon 5 song being stuck in your head for hours (if not weeks) on end before. With so many hits to choose from, it can be overwhelming to pick a favorite Maroon 5 song when crafting the ultimate summer playlist. So, as I am always looking to be as helpful as possible, I have taken it upon myself to rank Maroon 5's summer hits from most awesome to slightly less awesome for your listening pleasure. Yeah, you're welcome.

In the process of compiling these songs, I have realized two things: one, Maroon 5 has put out a shockingly expansive array of hit songs. I already knew this but actually sifting through these hits one-by-one has truly emphasized the magnitude of their success. My second realization, which I am slightly embarrassed about, is that I know all the words to every single one of these songs (or, at least, most of the words — the rest of the time I just sing nonsense syllables in a falsetto voice).

Good for Maroon 5 for having such a consistently successful career and good for us for getting to partake in the musical trappings of their success. Without further ado, here is my official, exclusive ranking of Maroon 5's summer hits.

Though this one takes us back a few years, I think this song deserves the top spot simply because it's just so damn fun. It's the perfect windows down, hair blowing in the breeze and incessantly sticking to your lip gloss kind of song.

This song has some pretty creepy lyrics and an undoubtedly creepier video but when a creepy song is sung by Adam Levine, it somehow transforms into a glorious swan of a song that makes you want to stand on top of a speaker/table/miscellaneous elevated surface and scream it at the top of your lungs.

This song ranks highly for a few reasons. One, because it's just really freaking strange and things I don't understand intrigue me. Two, because it's new and therefore it hasn't been overplayed to the point where it makes my ears bleed. Three, because it has the f-word in it and I'm proud of Maroon 5 for being so ballsy again.

"If I Never See Your Face Again"

This one's a nice middle finger to the jerk who screwed you over. Also featuring RiRi, which makes it even more awesome.

Though this song never made me covet Mick Jagger's moves, it did make me embarrass myelf on more than one occassion because you can't help but dance to this one.

The perfect song for head-bobbing and tapping your toes as you chill by the pool.

That any woman would ever cheat on the glorious Adam Levine, as is depicted in the video, is laughable. What is not laughable, however, is how good this song is.

This song off of Maroon 5's Overexposed album is so highly underrated, I can't even deal with it.

Overplayed to death and yet I still can't resist jamming out to it. Plus Maroon 5 crashed a wedding to film the video which is awesome.

In which Adam Levine pretends to be nerdy.

Dedicated to your summer crush.

An oldie but a goodie; this song never stops being incredible.

The anthem for your steamy summer romance.

And one last ballad for your summer sweetheart.

More like this
Rihanna Is America's Youngest Self-Made Woman Billionaire, According To 'Forbes'
By Hugh McIntyre
Adele Says It Would Be “Wonderful” To Have Kids With Boyfriend Rich Paul
By Jake Viswanath
Britney Spears’ Honeymoon Plans Include Watching This Movie With Her Husband
By Grace Wehniainen
Lizzo Proved She’s Team Jeremiah During Her ‘The Summer I Turned Pretty’ Review
By Grace Wehniainen
Get Even More From Bustle — Sign Up For The Newsletter