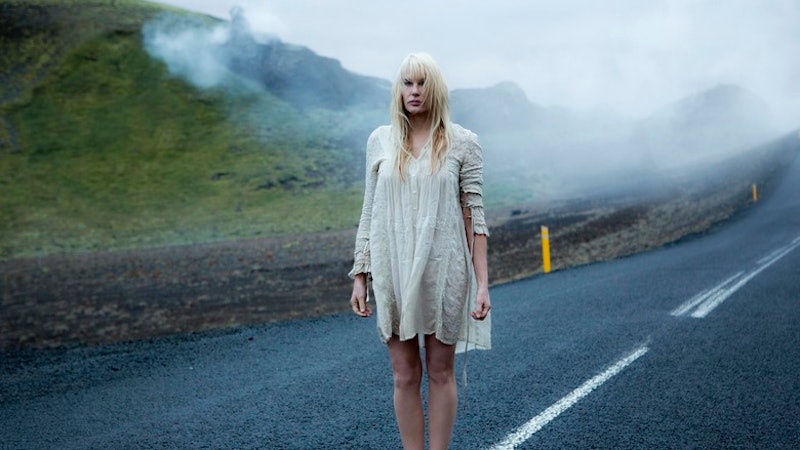 I know we're all still desperately clawing our way through Season 3 of Orange Is The New Black as quickly as possible, but there's life outside of Litchfield, you know. Netflix has been knocking it out of the park when it comes to original programming for a while now, and its latest offering, Sense8 , might just be one of its best ever. Created by the Wachowski siblings and J. Michael Straczynski, the sci-fi series completely messes with your mind in the best way possible while also showing you the beauty of the world around you that you've probably never taken time to notice before. It's a slow burn, for sure, but one that you need to start watching immediately.

If you need a general rundown, I'll try to tell you what Sense8 is all about without offering too many spoilers. The series centers on eight people, all from different corners of the world, who are reborn in their adult life as "sensates" who are able to connect to one another on nearly every level in ways that would seem impossible. They can access one another's memories, emotions, strengths and weaknesses and project themselves into one another's lives. How they became what they are all ties back to Anjelica, played by Daryl Hannah, who "gives birth" to the new cluster of sensates. It's all very complicated, but it's fascinating and brilliant and once you start, you'll become addicted in no time.

If you need more reasons to watch (and I don't know why you would), here ya go:

1. It Explores The Complexity Of The Human Condition

Life is complicated, and people even more so. Sense8 may have a sci-fi premise, but the underlying concepts behind it all are tied to the dichotomies that exist within all of us of light and dark, right and wrong. It's not often a series is so fearless in delving into such complicated issues, but here, it's done beautifully.

2. It Features Characters That Are Different In An Honest Way

All eight sensates that are connected come from incredibly different backgrounds. There's a Chicago policeman, an Icelandic DJ now living in London with serious emotional issues, a transgender writer in San Francisco, a closeted Spanish actor, a Korean businesswoman... I could go on and on. These roles could easily become farcical or superficial if not given the proper attention, but Sense8 portrays these wildly unique personalities with honesty and fearlessness, making them all the more believable.

I mean, allowing people to mentally and emotionally connect across the world to the point of being able to astral project is pretty intense, and there are moments of Sense8 that will really freak you out. Sometimes it's legitimately freaky in a way you'd expect from a sci-fi thriller, and other times it's scary because it's so intense. Either way, the weirdness of this show is what makes it so good, and I'm really glad the stories are told they way they are.

4. It Takes Its Time When Telling A Story

The few criticisms of Sense8 I've seen online have generally been about the first half of Season 1 being pretty slow. I don't see it that way; it's called character development. Instead of rushing in with a load of action right off the bat, the show takes its time in making us understand the characters, to get to know who they are and what makes them tick so that we care about what happens to them later. It's a gift, so take it.

5. It's Unlike Anything You've Seen Before

Sense8 is really unique not only in its plot, but in the whole atmosphere of the show. It's moody and dark, but also beautiful and really alive. It's not really something I can accurately describe in words, but that's probably the point. If you watch it, you'll know exactly what I mean, so check out Sense8 and see for yourself what makes Netflix's new offering such a must-see show.