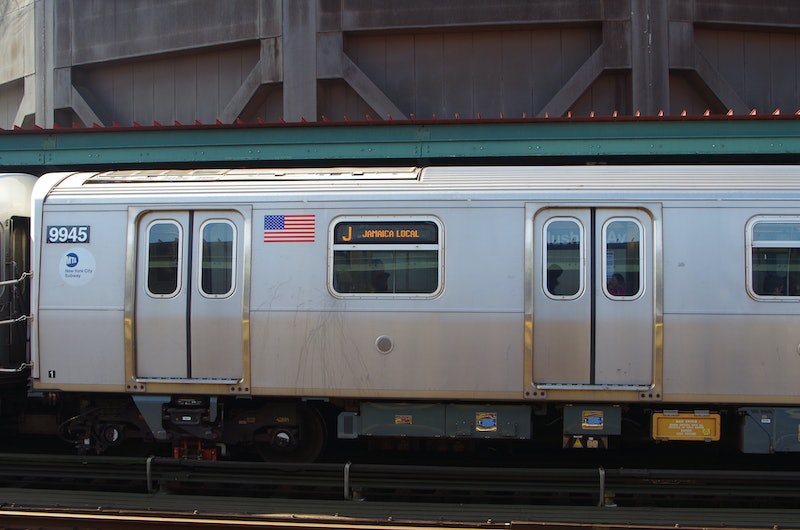 Back in 1939, Austrian writer Ludwig Bemelmans penned a story about a feisty, redheaded girl who spends her days in an old boarding school in Paris. Perhaps you've heard of Madeline?

Madeline was a simple tale, accompanied by the writer’s own whimsical illustrations sure to appeal to les enfants. Bemelmans’ book could very well have vanished in time, gathering dust under a mountain of children’s literature forgotten over the years, but it didn't. Something about that feisty central character caught on, as if Madeline herself refused to bow away from the literary stage. I bet Bemelmans would never have guessed all those decades ago that — nearly 80 years after her creation — the little Parisian redhead would be beloved as ever.

The girl hasn't aged a bit over the decades (Madeline, if you're reading this, please tell us your secret to maintaining that hair color). But what if Madeline were to grow up? How would she fare as a twentysomething in 2015? What if she were to leave the confines of her Catholic boarding school in Paris? What would become of adventurous Madeline if she moved to… Brooklyn? I have a few ideas.

In a rent-controlled walk-up in Bushwick literally covered with vines, lived a twentysomething girl and two random guys. Her twitter handle was @Madeline.

Madeline left her walk-up at half past whenever, to work on her blog regardless of weather.

She was not afraid of yuppies. She loved Netflix, the man bun, and puppies.

To the guy at her bodega, Madeline just said, “Hey neighba!… Do you carry gluten-free bread?” (To which the bodega guy sighed, “No, Madeline. It’s 3 a.m. Go home.”)

And no one was so adept at ignoring her credit card debt.

Awakening from one evening nap, Madeline tapped on her GrubHub app. But her order would not go through. Could there be something askew? “There’s no way my credit card’s maxed out!” So, she took to Twitter to find out…

Alas! GrubHub was down all about town.

Poor Madeline cried and cried upon learning that GrubHub was fried. She’d have to leave her bed to procure some gluten-free bread.

Determined to quash such a plight, she set forth in the Bushwick night. And as she passed the corner bodega, a familiar voice yelled, “Hey neighba! It’s me, the bodega guy, Mike. We finally have that $17 bread you like.”

Madeline was astonished to see that the bread was indeed gluten-free!

As its nutrition info was inspected, bodega guy Mike interjected:

You see, Madeline, due to the overwhelming gentrification of Bushwick and many other neighborhoods throughout the Brooklyn borough, my business is faced with increasing pressure to compete with Paleo bakeries, vegan hot dog boutiques, and food trucks that inexplicably only sell leaves of kale. I’m just trying to stay afloat here.

Joyous Madeline shrieked, “Mike, you’re the most! I’ll feature you in my next blog post!”

And with that she returned to her bed, to feast on her gluten-free bread.

That’s it guys, that’s the end of the story.

More like this
The BBC Is Adapting A Best-Selling Novel About A Mistaken Killer
By Darshita Goyal
What Joyce Carol Oates Knows About Fame
By Erin Somers
Nicola Coughlan Shared A Lady Whistledown Excerpt From ‘Bridgerton’ Season 3
By Grace Wehniainen, Alyssa Lapid and Sam Ramsden
10 Must-Read New Books Out This Week
By K.W. Colyard
Get Even More From Bustle — Sign Up For The Newsletter