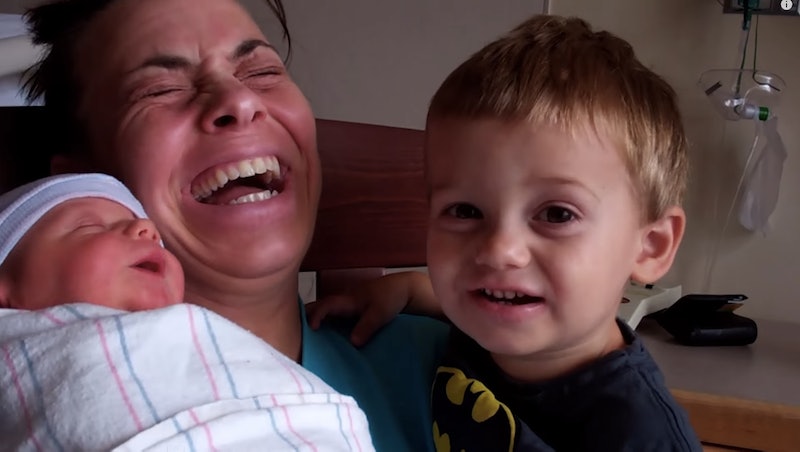 At the risk of my future children finding this and using it as an excuse to go out on a cussing spree, I reserve that there is only one important reason to have kids, and it's to watch adorable toddlers say swear words. Thanks to this "Toddlers With Potty Mouths" round up by BuzzFeed, you don't even have to endure that awkward twinge of guilt when you Google search for it drunk at 2AM! (Drunk me has priorities, guys.) Seriously, I know it's poor form and all that jazz, and as a former daycare worker and the suburban Batman of babysitters, I should technically be discouraging this. But weirdly, all this common sense and hands-on experience has not stopped me from being a Genuinely Terrible Person who laughs at a two-year-old saying "fuck".

I have to say that if this is the future of America, then I'm super excited for whatever generation comes after Gen Z. They drop those eff bombs like little baby bosses. I'm going to go ahead and just say that, for the most part, I think it is hilarious that we put so much meaning on words like "shit" and "fuck". Like, it's a jumble of syllables, guys. Who decided that it was ~bad~ to say them? I guess I'm kind of glad, though, because I definitely feel more satisfied when I swear, and I feel straight up overjoyed at toddlers swearing.

Anyway, here are some the cutest lil cussers you'll ever hear, and the situations you can apply their swearing to in your real life:

Toddlers. They just get us. Here's the full video, because we're all awful people: