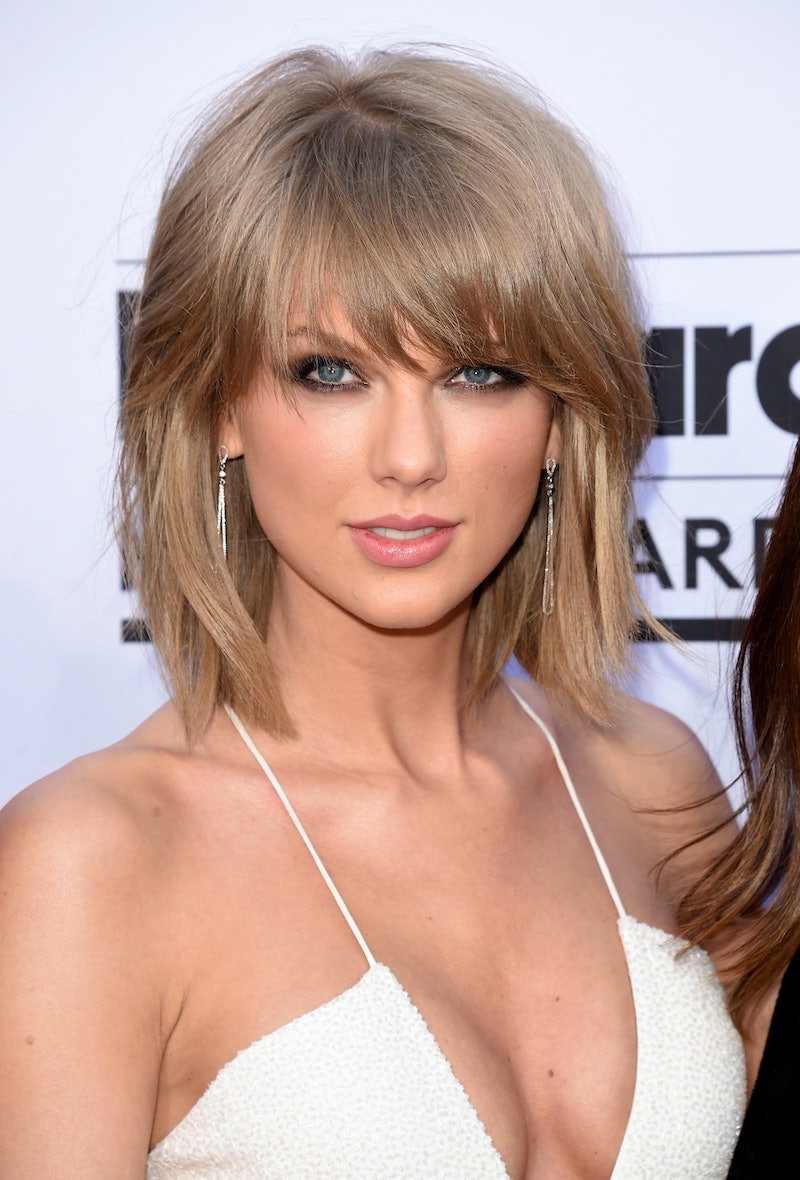 I'll admit it: I wasn't totally on the Tayvin bandwagon when it first pulled out of the station. I've been loving Swift as an empowered, single lady, and but now that Taylor Swift and Calvin Harris have been dating a while, I've officially been converted — and one of Harris' most recent tweets proves why. You've probably already heard about Swift taking a stand against Apple in a Tumblr post on Sunday for not paying musicians or writers for songs that are streamed during their free three-month trial of Apple Music, and that by Monday morning, Apple had already reversed their decision. Because of Swift, these artists will be paid for their hard work, and no one seems prouder of Swift than Harris, who took to Twitter to shamelessly brag about her accomplishment, and it was ridiculously adorable.

It seems so simple, right? Girlfriend does something awesome, boyfriend is proud. This is textbook stuff that should be a part of any healthy relationship, but I have a feeling Swift hasn't gotten to experience much of it. In her past relationships, especially her more high-profile ones (think Harry Styles), she hasn't gotten to receive that kind of public support. How often has a guy Swift was dating actually tweeted out something like this?

Almost never. Because in many of her relationships, the guy she was dating didn't acknowledge their relationship publicly until after they broke up, like when John Mayer poked fun at Swift while hosting The Late Late Show in 2015, literally years after their relationship had ended. And it can't be fun to hear in interviews that you're boyfriend is single, like when Niall Horan said that Harry Styles was a "single Pringle" in 2012, when Haylor was in full swing. Being that I freak out if my fiancé doesn't share a photo collage of us together on my birthday fast enough for the Facebook public to see, I can't imagine living in Swift's world and dealing with the way she's had to interact with her significant others when it comes to their relationship in the public eye.

But now, it seems like that's all changing. She chose wisely this time, especially since any guy who is willing to pose on a swan raft with you is obviously worthy of your time.

I'm so glad to see that Swift has found a man who isn't afraid to take their relationship public, regardless of what that might mean. Maybe he'll be criticized. Maybe they'll both be criticized. Maybe they'll constantly be hounded by paparazzi, and the tabloids will take over, and long distance will be too hard. But even if they don't end up living happily ever after, I'm happy that Swift is being supported in the way that she deserves. She's so caring and generous to her fans that I can't imagine that doesn't carry over tenfold in her romantic life, so she should be treated like the queen that she is.

Harris, you officially have my approval. Now tell me: What are your intentions with my favorite celebrity?