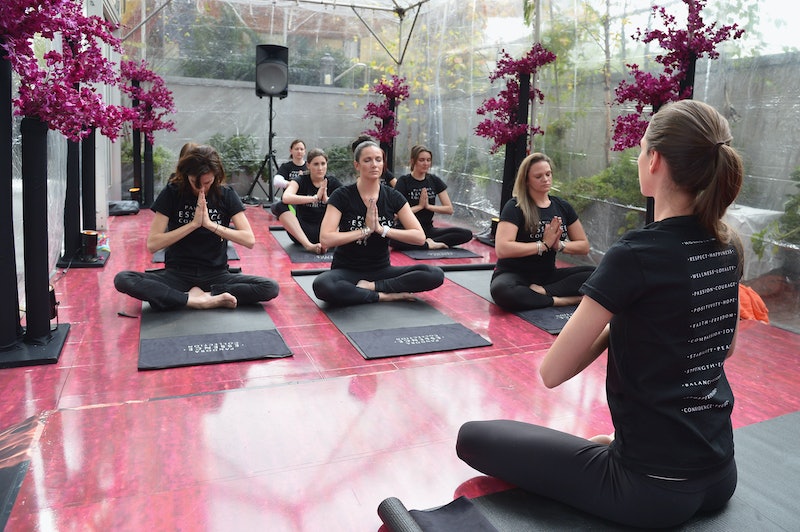 On the Health at Every Size blog yesterday, health education professor Fall Ferguson takes a look at "healthism," which could be thought of as the dark side of healthy living. It's an attitude or way of thinking about health as a moral good or imperative. It can be seen in the way some people talk about overweight individuals or smokers — as if these supposed crimes against good health represent some sort of defect or moral failing — and in people who view deprivation (and all the attendant diets, juice cleanses, and marathon training) as good for its own sake.

In the pop cultural arena, we can see healthism in some of the "fitspirational" messages on Pinterest or in the almost spiritual devotion to healthy living from the likes of Gwyneth Paltrow. According to Ferguson, the term healthism was originally defined by Robert Crawford as a “preoccupation with personal health as a primary — often the primary — focus for the definition and achievement of well-being.” People should pursue health because it's the right thing to do (as opposed to a personal choice or a way to be effective at other things in life).

"Consider: how many times have you heard or said the words 'I’m so bad' in reference to eating a sugary dessert or to choosing to stay home rather than go to the gym?" Ferguson asks. "The recent kerfuffle over Maria Kang’s “What’s Your Excuse?” viral Facebook message shows that the forces of healthism are alive and well in our culture."

Ferguson also explores how healthism comes from a position of privilege, in that it overlooks social determinants of health in favor of emphasizing personal responsibility and individual behaviors — a position which ultimately exasperates health inequities.

Crawford said more or less this same thing back in 1980: "By elevating health to a super value, a metaphor for all that is good in life, healthism reinforces the privatization of the struggle for generalized well-being." For more everyday examples of healthism, check out the Fuck No, Healthism! blog.