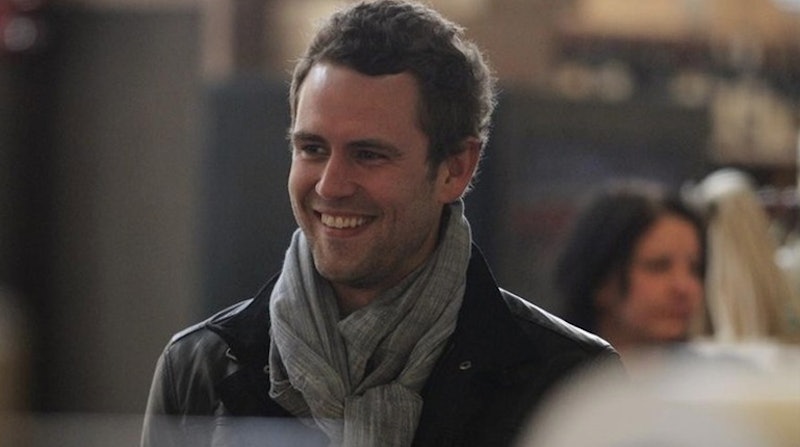 The moment that Bachelorette fans have been waiting for all season is here: We finally know what suitor Kaitlyn did the horizontal mambo with. It was (barely a spoiler alert) Nick Viall, who joined the show in Week 4. I mean, I’m down with her doing whatever it is she wants to do with her heart and her body, so I support Bachelorette Kaitlyn's decision to have sex with Nick. Whatever floats your boat, girl. And, honestly, their chemistry is so ridiculous that I don’t know how they wouldn’t have gotten physical soon. The ripples that will move through her other suitors have yet to be seen, but like Kaitlyn says, intimacy is a big part of relationship, and that was worth exploring.

Now, I’m admittedly not a big fan of Nick, but I was pretty shocked to find that a great deal of the Twitter hate is not coming for Nick and his kiss-and-tell ways (he’s now slept with two back-to-back Bachelorettes, Andi Dorfman being the other), but instead for Kaitlyn, slut-shaming her for getting to know Nick in a biblical sense. So, if you didn’t know, haterade is clearly being consumed in Bachelor Nation.

The comments ranged from from the outright nasty...

To the stupidly sexist, because apparently women can only be Madonnas or whores.

I was hoping that we, as a society, would have moved just a little bit closer to not worrying about what a woman does with her body and more about the kind of person she is. It's a really poorly kept secret that plenty of contestants have had sex on The Bachelor/ette — why is this one a big deal? Clearly, these fans aren't down with Kaitlyn exploring her sexuality on national television, and that's pretty lame. Let's all take a page out of Kaitlyn's book, huh?