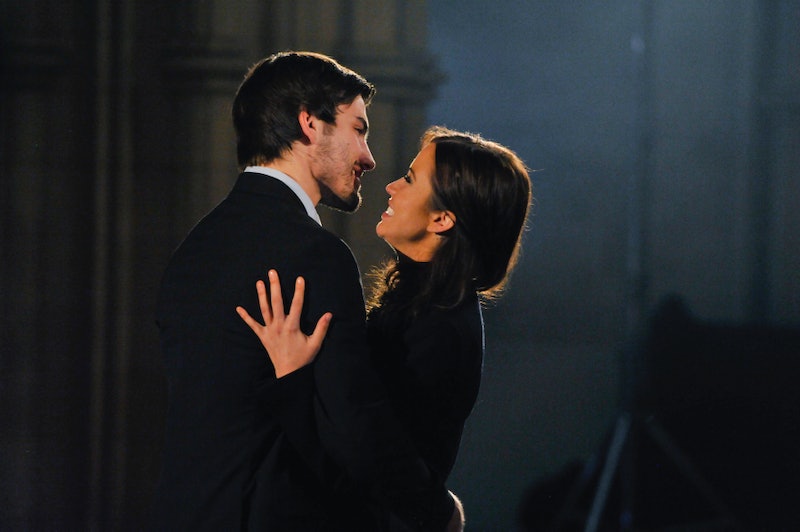 The great Bachelorette mystery that has been nagging at fans since the beginning of the season has finally been answered, and now we can finally move on. On Monday's episode of the show, Kaitlyn Bristowe had sex with Nick Viall after a breathlessly romantic, all-day date in Dublin. On Tuesday, Kailyn discussed the Bachelorette sex on Good Morning America, but, even more important than what she had to say about the hookup itself was her outlook on the unfair amount of Internet hate she's been getting as a result. "I always wonder if I would have waited 10 days and it was the fantasy suite and I didn't talk about it, would I be getting the same response from people?" she asked. "Probably not."

During the interview, Kaitlyn certainly wasn't afraid to get candid, dropping a parting shot at potential suitor Ian who took a lot of shots at Kaitlyn under the guise of honesty Monday night. "I don't know if he took chemistry at Princeton, but there was none there!" she said with a laugh, which was as satisfying a reaction to Ian's rant as Kaitlyn's actual, on-screen reaction. However, she quickly moved on to what people were really curious about, and that was the topic of her hookup with Nick.

"I'm a very in the moment person. I try to separate each relationship, and they all move at different paces. That one definitely moved a little bit quicker than others," she explained, although she also pointed out that, "Maybe the timing wasn't ideal on that one." If you're thinking that she's already regretting her actions as on the show, or regretting the time she spent with Nick, then you'd be wrong. Her reasoning on the timing has nothing to do with that, and everything to do with all of the hate that Kaitlyn and Nick have received from the Internet since their night of passion. "I try to not look too much into it or read too much into it because everybody has their opinions," said Kaitlyn. "[But] it's obviously tough when you get to a thousand messages that are negative."

Still, the Bachelorette is keeping her head up through it all and scoffs both at people who would send her hateful messages for exercising her right to have consenting sex with whomever she wants and at the potential suitors who would look down on her or insult her for the same right. "I don't know if they forget what show they're on," she said of her nickname, 'The Makeout Bandit.' "Every season, I feel like it's the same thing. 'Oh, they're making out with so many people!' Well, that's how you establish that there's a connection or chemistry. I understand that it's difficult, but it's going to happen." The circle snap and the "deal with it," following this statement were left implied, but I heard it clear as day.

Ultimately, it's not the fact that the great mystery of who Kaitlyn had sex with has been solved that people should be cheering on or focused on. It's the fact that Kaitlyn is living her life on her own terms, doing what feels good to her in the moment, and not letting the opinions of others dictate everything that she does or says or thinks. If this interview wasn't enough to make Kaitlyn one of your favorite Bachelorettes, then you're missing out on an intelligent and self-possessed young woman.