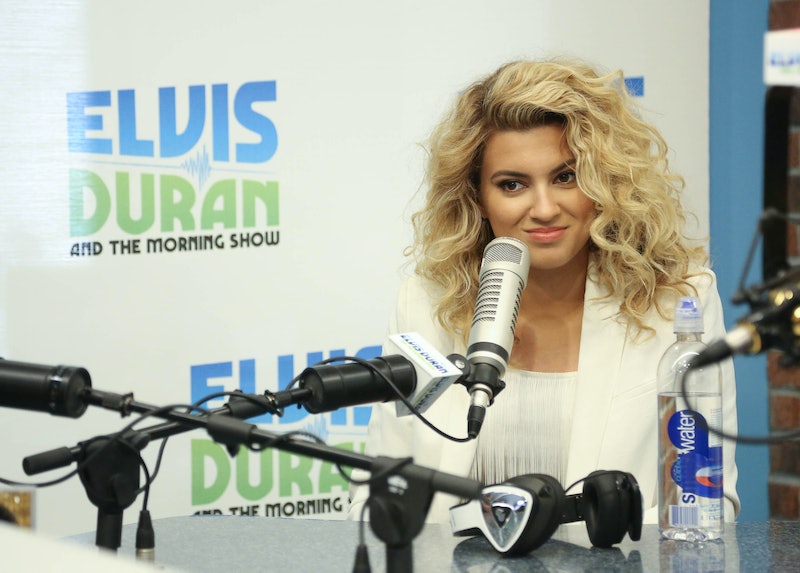 It sure is a great day to be Tori Kelly. The girl has been at the music game for a while, but, now, with the release of Kelly's debut album, Unbreakable Smile , she's finally getting the spotlight she deserves. On Tuesday, Kelly's album hit iTunes, and to say it was a success would be an understatement. In just a few hours the album went no. 1 on the charts, and, let's just say, that title is much deserved. The album is incredible.

Slowly but surely, Kelly has been giving us bits and pieces of her sound, what with her singles "Nobody Love" and "Should've Been Us," but it's nothing in comparison to the final product. Not only is the album fun and catchy, but, in pure Tori Kelly form, it is also completely heartfelt and emotional. In just 14 songs (as well as several bonus tracks) Kelly perfectly describes everything from love, to fame, to all that in between. Seriously, aside from her killer vocals, the girl is a lyrical genius. If you don't believe me, listen for yourself. Just be warned, though, that, once you start, you may not be able to stop.

As the first song written for the album, Kelly said it set the tone for the rest of the tracks. You can try to bring her down, but you're never going to break her smile.

This is where things get real. Not only is it one of the first slow ballads of the album, but it is also beautifully written.

"I Was Made For Loving You"

Two words — Ed Sheeran. Not only does the British singer lend his vocals for the song, he also helped write and produce it.

As the only live track on the album, Kelly cleverly makes this song stand apart from the rest by uncovering the reality behind money, fame, and success.

"Art of Letting You Go"

Kelly calls this one, "All in My Head" Part 2, and, if you haven't heard that track yet, go listen to it now. Basically, this one is about not being able to let go of a past crush/love, even though it's clearly no good for you.

With a special appearance from LL Cool J, this track is the perfect summer jam. Move over Katy Perry, because there's a new Cali girl in town.

The perfect ending to an even more perfect album. A song about being yourself no matter what people think. "Whether you leave or stay, this is me any anyway." If you weren't already a fan of Kelly, this album will change your mind from the second you press play.

More like this
Taylor Swift's “Carolina” Theme For 'Where The Crawdads Sing' Soundtrack Is Here
By Jake Viswanath
What Is Elvis Presley’s Net Worth? How The King Earned & Spent His Fortune
By Grace Wehniainen
'Elvis,' 'Walk The Line' & 10 Other Movies Where The Actors Actually Sing
By Radhika Menon
Big Freedia Reveals The Real Meaning Of Beyoncé’s “Break My Soul”
By Radhika Menon
Get Even More From Bustle — Sign Up For The Newsletter