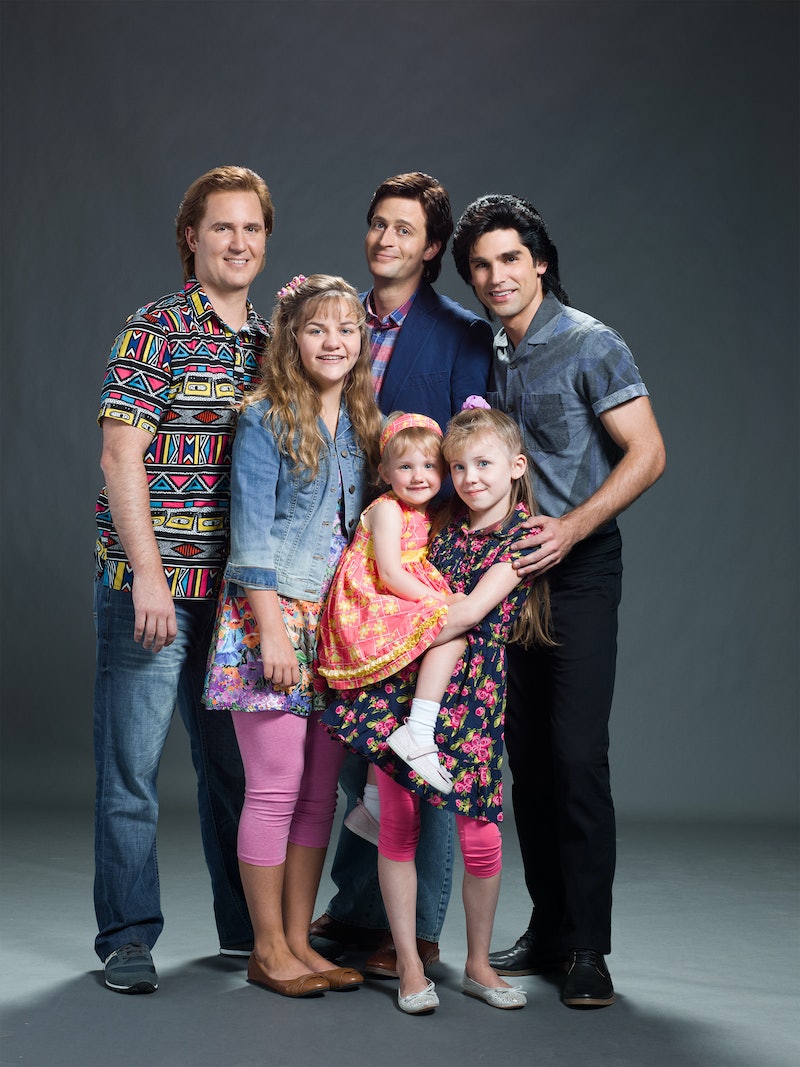 When I first heard there was going to be a Lifetime movie about Full House , I immediately became excited. I had watched the Saved By the Bell Lifetime movie a year ago, and now, a show I love even more than Saved By the Bell is getting its own Lifetime movie. Just like its predecessor, the TV movie is creating quite a stir with the original cast of Full House, causing The Unauthorized Full House Story star Garrett Brawith, who plays Bob Saget, to worry that the real Danny Tanner might "destroy" him during his next stand-up routine.

In an interview with Bustle, Brawith voices those exact concerns. "My one goal was to not be destroyed in a stand-up routine by Bob Saget," he says. "I was kind of playing not to lose, instead of playing to win." OK, but let's be real for a second, being roasted in a Bob Saget stand-up routine would kind of be awesome, right? Or is that just me? Then again, I guess I don't have the same pressure playing one of America's favorite TV dads.

"It's the pressure of playing somebody who you know can destroy you in insults in a flash," Brawith says. He tells me that every time the cast wanted to take it easy, they had to remind themselves that "everybody's going to see this," and remain focused during the filming of the movie. It was important for Brawith, because he shares the same love of the classic sitcom just like the rest of us. "People really loved this show, and we did too," the actor says.

We've come to a point in society that I like to call the Full House-aissance. Everywhere you look, there's something new coming out with Full House's brand attached. The spinoff series Fuller House is headed to Netflix, with many original cast members returning to the roles that first made us fall in love with them. However, the original cast does not seem quite as excited about The Unauthorized Full House Movie.

When I ask Brawith if he ever had a chance to speak with Bob Saget, he explains that while contacting them was one of the first things Lifetime production wanted to do, they found themselves taking a step back after a Tweet came out that centered around the idea that "they" (the Full House cast) was not so into "it" (the Lifetime movie). "I never got a chance to talk to Bob Saget, and if I do, he might karate chop me in the crotch," Brawith says.

Still, Brawith does care about what the cast of the original sitcom thinks about the movie, saying, "Honestly, I'd be happy with a 'not bad,' I'd be OK with that." He also says that he plans on following what they have to say once the movie comes out. But he warns, "Whether I take it with a grain of salt, that's a different story."