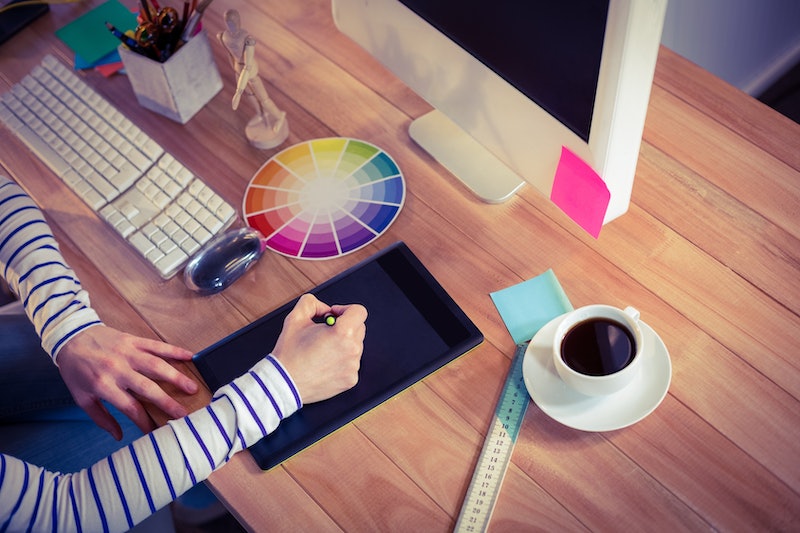 Since that study examining the correlations between birth month and health came out a few weeks ago, I've been all up in as many “What does your birthday say about you?” studies as I can find. While there's still plenty of research that still needs to be done, though, it turns out that we do have a surprising body of studies that have already been conducted. Take this one, for example, which purports to be able to tell you what your birth month says about your career path. The best part? It's not astrology. Astrology is fun, but scientific studies are much more valuable in the long run.

Back in September of 2011, this study conducted by the Office of National Statistics in the UK used information from the most recent census at the time to see how birth month might be correlated to profession across 19 different occupations. Again, I'll stress that a boatload more research needs to be conducted before we can say that yes, when you're born might affect the job you hold later in life — but the results are sort of interesting to look at all the same. I'm not sure how I feel about trying to plan exactly when your child is born in order to give them certain characteristics — that's a little too Gattaca for my tastes — but, well… if you're a careful enough planner, maybe you can make the results of this study work for your potential offspring.

According to the Daily Mail, Oxford University neuroscientist Russell Foster — who, as far as I know, was unconnected to the study (the Daily Mail's piece wasn't exactly clear about that) — remarked earlier in 2011, “There are small effects but they are very, very clear. I am not giving voice to astrology — it's nonsense — but we are not immune to seasonal interference.” He continued, “It seems absurd the month in which you are born can affect life chances, but how long you live, how tall you are, how well you do at school, your body mass index as an adult, your morning-versus-evening preference, and how likely you are to develop a range of diseases are all correlated to some extent with the time of year in which you emerge from the womb.”

So, then, it's likely that any correlation between birth month and profession isn't really about the month itself; it's about how the factors that change based on when the mother is pregnant might affect the baby's development in the womb — how much sunlight the mother gets, for example, depending on whether she's carrying during the summer or the winter. These factors in turn go on to affect how the child grows later on, which obviously has something to do with how we turn out to be the adults we become. All of this is to say: The things that happen in the womb and during our early development don't necessarily predict our entire lives — but they might have something to do with it.

Here's the Cliff Notes version of the study's findings for each month. Take them with a grain of salt, though — no one rules your future but you.

January births tallied high in GPs and debt collectors; estate agents, however — what we call real estate agents in the U.S. — numbered comparatively fewer. So if you want your kid to sell houses for a living, I guess don't have a baby in January… although to be honest, just let little Riley follow whatever his or her passion ends up being. We've got to let our kids be their own people, especially by the time they become adults.

The second month of the year had quite an interesting pairing: Lots of artists and traffic cops were born in February. It might not be a great month if you want to raise a scientist, though; according to the Daily Mail, it was “short on physicists.”

March is another great month for artists — musicians in particular (hi there, Lady Gaga!). Oh, and if you want your kid to be a pilot? The third month of the year is a great birthday for that, too.

I don't really know how to put this gently, so I'll just go out and say it: A ton of dictators were apparently born in April. We also know that April babies have a higher risk of cardiovascular disease.

On the other hand, May seems to be a great month for politicians — and the Telegraph noted that both April and May “are said to have a fairly even spread of professions,” so at least there's that.

June seems like a good month to be born, as lots of CEOs celebrate their birthdays during this month. So, for that matter, do five recent Nobel Peace Prize winners.

If you like working with your hands, you might have a July birthday; bricklayers and artists abound during this summer month. Train drivers are also big in July, as are wizards — J.K. Rowling, Daniel Radcliffe, and their fictional creation, Harry Potter, all have July birthdays.

Well, if you're born in August, you could go one of two ways: Bricklayer (again), or President of the United States. Barack Obama and Bill Clinton both celebrate August birthdays. However, another study from 2007 also found that kids with August birthdays were 30 percent more likely to be labeled as “problem” students by teachers. Troublemaker or trailblazer? The choice is yours.

According that same 2007 study, kids born in the fall months tend to achieve better exam results. Obviously there's more to education than exams; furthermore, it's worth bearing in mind that the British education system is even more exam-driven than the United States'. However, I suppose it's always possible that September, October, and November babies might be predisposed for academic success. Or... something.

What does that mean for your career? Well, just about anything you want it to mean. Grades aren't everything, but they might help.

We've got a little bit of conflicting information for the month of October, which goes to show that we need to conduct a lot more research before we can say whether or not your birth month definitively has something to do with who you are and who you become. That study we looked at a few weeks ago found that people born in the fall develop more diseases over their lifetime; however, an older one said that they were likely to live the longest by 215 days. In any event, you might want to think about going into politics; both David Cameron and Margaret Thatcher were born in October.

Uh… sorry, November babies. A disproportionate number of serial killers were born in November. That's not exactly a recommended career path, so… yeah.

Born in December? Consider a career as either a dentist or a messiah. Dentist is probably more easily attainable, but apparently there are a large quantity of both who were born in the month of December.