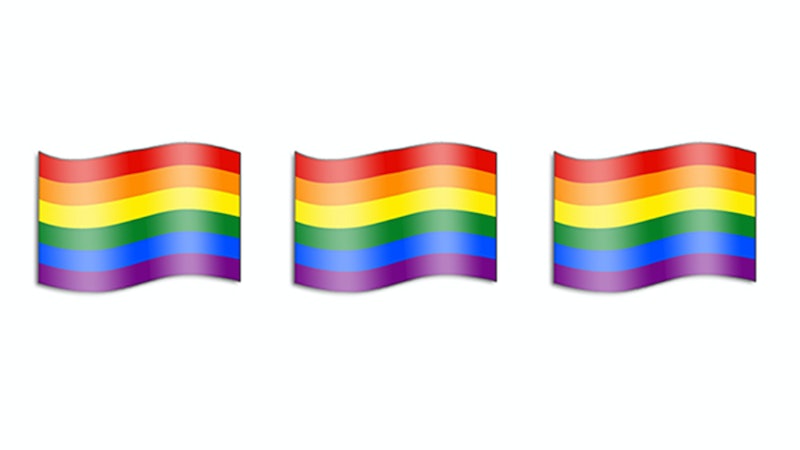 If you've been on Twitter, Instagram, or anywhere near your phone today, you've surely seen the wave of rainbow and rainbow heart emojis that folks are using to celebrate the historic Supreme Court decision asserting that states can no longer ban same-sex couples from marrying. You probably noticed a wide array of other LGBT emojis being used, too — like same-sex couples holding hands, and families headed by two moms or two dads. But in the course of all this celebratory tweeting, Instagramming and meme-making, there has been one noticeable absence: where's the rainbow pride flag emoji?

Apple has made LGBT emojis available for the iPhone since 2012, when they introduced emoji images of female and male same-sex couples. Emojis of families with same-sex parents arrived in early 2015, and an international survey conducted this year found that LGBT emojis are popular, especially in the U.S., where LGBT emojis comprise 0.13 percent of all emojis sent. The same-sex couple emojis have even become gay rights icons in and of themselves among younger people, especially now that Instagram has enabled emoji hashtagging. But while all this is great news, why do emoji-makers seem to have no love for the full-on pride flag?

The rainbow pride flag has been one of the most instantly recognizable symbols of the LGBT community for nearly forty years. The flag — designed by Gilbert Baker (at the request of legendary gay rights icon and San Francisco City-County Supervisor Harvey Milk) — debuted on June 25, 1978, as part of the San Francisco Gay Freedom Day Parade. The flag was intended to provide a new symbol for the then-emerging gay rights movement, which had previously had few visual icons besides the pink triangle. The rainbow flag was intended to not only provide a joyous alternative to the pink triangle (which was itself a reclamation of a symbol used by Nazis to mark gay concentration camp prisoners), but to be a celebration of the gay community — a symbol that showed off the diversity and energy inherent in the movement.

Though the current rainbow flag features the "ROYGBIV" rainbow that we all remember from school, the original rainbow pride flag (pictured above) included the colors hot pink and turquoise. On the original pride flag, each color represented a different aspect of the gay rights movement: pink stood for sexuality, red for life, orange for healing, yellow for sun, green for nature, turquoise for art, indigo for harmony, and violet for spirit. As the flag started to be mass-produced, hot pink and turquoise were dropped for logistical reasons, and through the years, the flag has gone through a few other variations (sometimes a black stripe is added to commemorate the victims of AIDS).

Nearly 40 years after it was first flown, the rainbow flag remains a powerful and potent symbol of not only current gay rights struggles, but the history of gay rights in America. So why isn't it available as an emoji? The flag is in the public domain, so it certainly isn't being held up by copyright issues. And the current range of rainbow-related emoji show that the technology to jam all those colors distinctly into a very tiny space is available. Numerous national flags have been emojified. And given that the flag has recently been added to the Museum of Modern Art's design collection, everyone is in agreement about its ongoing cultural significance. So what gives? 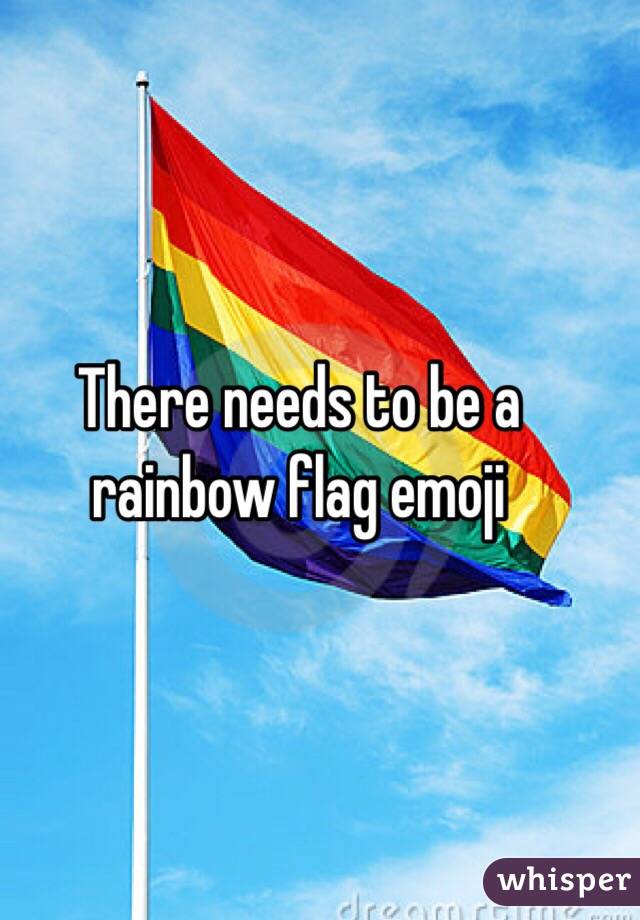 We won't know until the day any emoji creators decide to comment (or drop a rainbow flag emoji, of course). And in the meantime, rainbow flags are available as flair on Reddit. But while all those things are great, there's still no excuse. Sure, the rainbow flag emoji is a small issue in the scheme of things — but it's also a problem that would be incredibly easy to fix.

So what do you say, emoji creators? If there's ever a moment to release an emoji that connects the past and present of the American gay rights movement, it's right now.