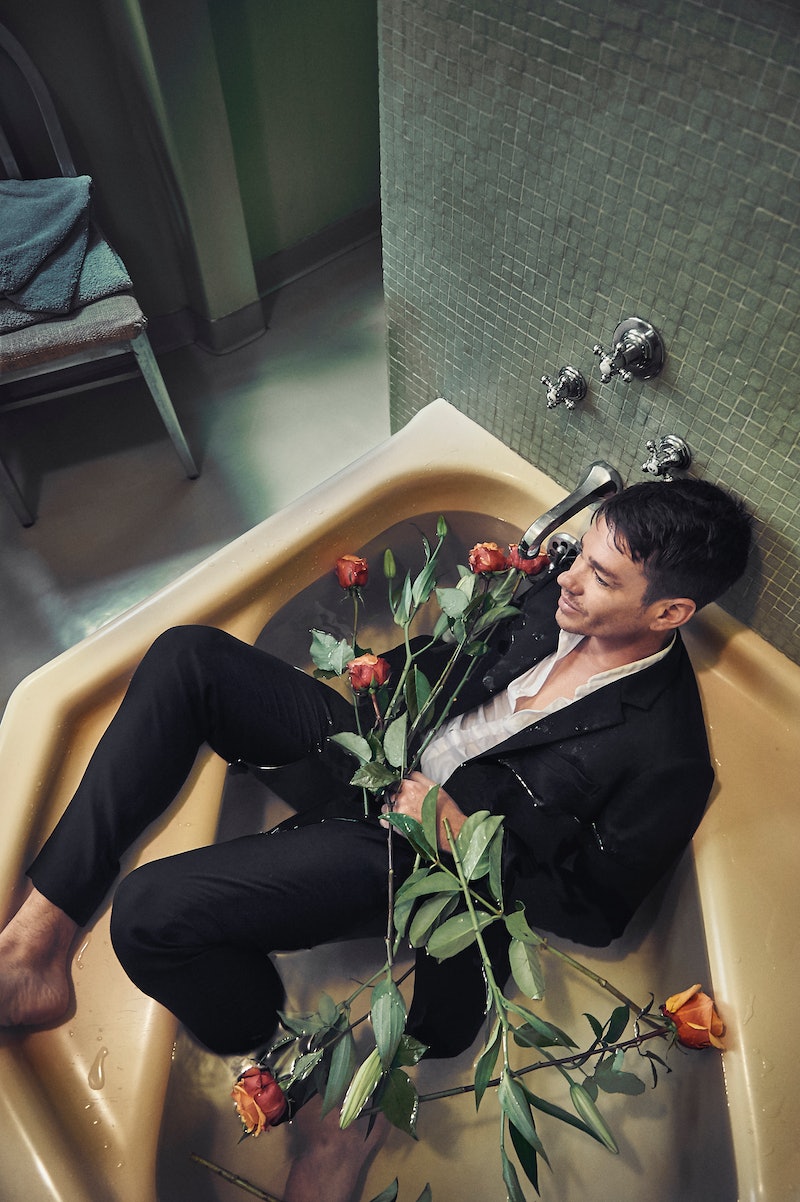 Things have been going well for Nate Ruess. The Grammy-winning fun. frontman released his first solo album, Grand Romantic, on June 16 and is slated to kick off Starwood Preferred Guest's Hear the Music, See the World global music series in Miami on Friday, June 26. Ruess' musical acumen was frequently showcased during his time in The Format and fun., and it's safe to say that fans will be equally captivated by the 12 tracks comprising Grand Romantic. The album deftly toggles between the rollercoaster of emotions one can feel before, during, and after a relationship sours. There is the delightfully idiosyncratic "AhHa" to kick off the album, which manages to cram a plethora of percussion, tempo changes, and rapid-fire chants without becoming too frenetic. On the album's namesake, "Grand Romantic," relatable lyrics of a lost love are poignantly underscored by symphonic accompaniments. As heart-wrenching as many of the songs are, Ruess' experience making the album was one of bliss. Bustle caught up with Ruess on Wednesday, June 24, to discuss his first solo effort.

"I honestly woke up every single day with a smile on my face," he said of making the album. "I generally wake up pretty anxious but I woke up just so happy and so excited to be working on music. I mean, I’m looking back and every single thing was a particular highlight for me."

When I asked Ruess if he could pinpoint a favorite moment, he recalled an impromptu jam session in the studio which led to the creation of the song "Brightside," the gorgeous ballad that rounds out Grand Romantic's track listing.

"When we were in a particular studio, Jeff [Bhasker] started just playing this random, weird sounding, almost haunting keyboard from the '60s or '70s," Ruess told me. "I just jumped right up and ran into the room and started singing, and that was the song 'Brightside.' I think it was really special for us to be there and get hot for a moment like that."

Ruess also collaborated with Beck for the song "What This World Is Coming To," a pensive ballad that is punctuated by an electric guitar solo, infusing the song with just the right amount of grit. Dynamite collaborations are old hat for Ruess, who was featured on Pink's hit, "Just Give Me A Reason," Eminem's "Headlights," and also teamed up with Beach Boys legend, Brian Wilson, for the track, "Saturday Night," for Wilson's album, No Pier Pressure. I asked Ruess which artists he would be interested in collaborating with in the future.

"I feel lucky that I got to work with Beck," he told me. "Beck asked me to sing at the Rock and Roll Hall of Fame with him, and Paul McCartney was there, and Ringo Star. After we rehearsed our song we got note that Paul and Ringo wanted everybody up on stage to sing 'With A Little Help From My Friends.' I found a corner where no one could see me and I didn’t make eye contact with Paul McCartney, but to me I got to perform with him, so that was enough for me." He added with a laugh, "I feel quite fulfilled and maybe ask me that question in like a year.”