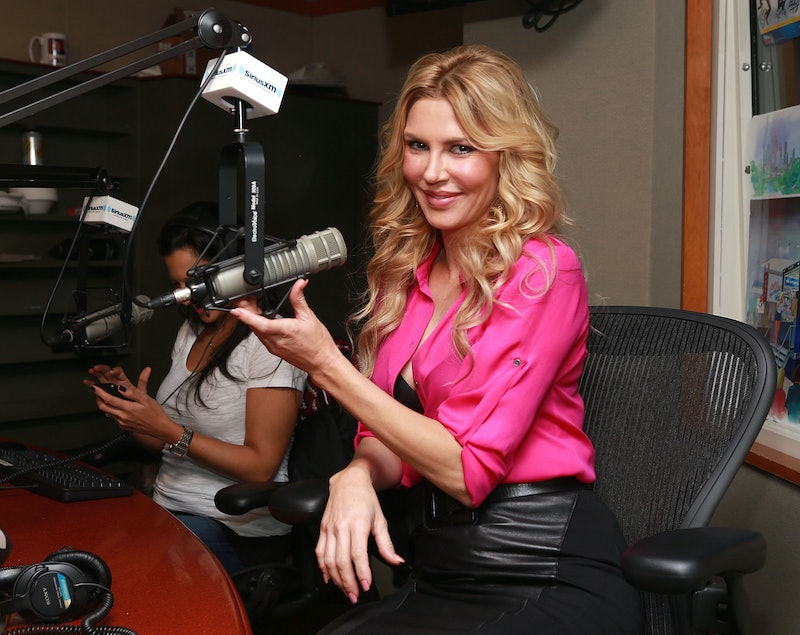 Back in June, when it was announced that Brandi Glanville would not be returning to The Real Housewives of Beverly Hills , I cried uncontrollably for some time. Our favorite f-bomb dropper and straight shooter would no longer be a real housewife, and if you felt anything close to what I felt, you probably don’t know what to do with yourself. I’ve already spent a good amount of time replaying some of Brandi’s finer moments on YouTube, followed by hosting a RHOBH marathon that kept me going through that first weekend. But now, it seems my luck has changed! Though originally she said she wouldn't be ack, Us Weekly is reporting that yes, Brandi Glanville will return for Season 6 of Real Housewives of Beverly Hills. Hallelujah!

Apparently, Glanville's spunky engery was missed, and that makes complete sense to me. So while we were (and still are, for a little while anyways) waiting to see her on our TV screens once again, I spent some time musing over what it would be like if the Housewife joined the ranks of other reality TV shows. A spin off of her own, maybe? Or a renewed modeling career? Or, maybe, if we ask really nicely and are super lucky, she’ll join the ranks of another already established, reality television show so we don’t have to deprive ourselves of Brandi Glanville for a single minute. If you like the sound of that, I made a list of shows that I think she would be absolutely perfect for. Because what else am I going to do besides that and cry myself to sleep until she's back on TV? Answer: NOTHING.

I’d love to see her sans makeup and sweating it out with the rest of the insane people who CHOOSE to live on a deserted island for a month. They know that’s, like, most people’s nightmare, right?

You know she’d have all of those pretty young things bringing her pancakes in bed within days.

This is mostly because I want to see Brandi Glanville in a nice, committed relationship already. She deserves it. And, not to sound like my Jewish grandmother, but if he were a doctor that wouldn’t be such a terrible thing.

I say "Yes!" to seeing inside Brandi’s home — complete with her adorable children — that we usually don't get to see. I also say "Yes!" to her hypothetically going to work on like, Tim McGraw’s farm or something.

Imagine it: Little Jakey starts ballet and Brandi is thrown in the mix with those vicious mothers? Done. Do it, Lifetime! They're in L.A. now! Plus she and Jill would be at each other’s throats in no time.

6. Keeping Up with the Kardashians

As Kris’s BFF, or… wait for it… ROB’S NEW GIRLFRIEND.

I feel pretty confident that Brandi is an awesome mom, but you know Jo Frost would take one look at her sons peeing in other people’s house plants and whip them into serious shape.

But only if the storage unit is full of all of Eddie’s old stuff, and she’s the one gleefully leading the auction.

Now excuse me while I go write up a petition to each of the major broadcasting stations to #BringBrandiBack.

More like this
8 LGBTQ+ TV Shows & Movies Like 'Heartstopper' To Watch On Netflix
By Alyssa Lapid
Everything We Know About Chèrie & Jessey’s Abrupt Exit From Bling Empire
By Alyssa Lapid
Twitter Is Upset About The 'American Idol' Top 3 Results: "Who TF Is Voting?"
By Jake Viswanath
Stormi Just Walked A Red Carpet With Mommy Kylie Jenner & Daddy Travis Scott
By Hugh McIntyre
Get Even More From Bustle — Sign Up For The Newsletter