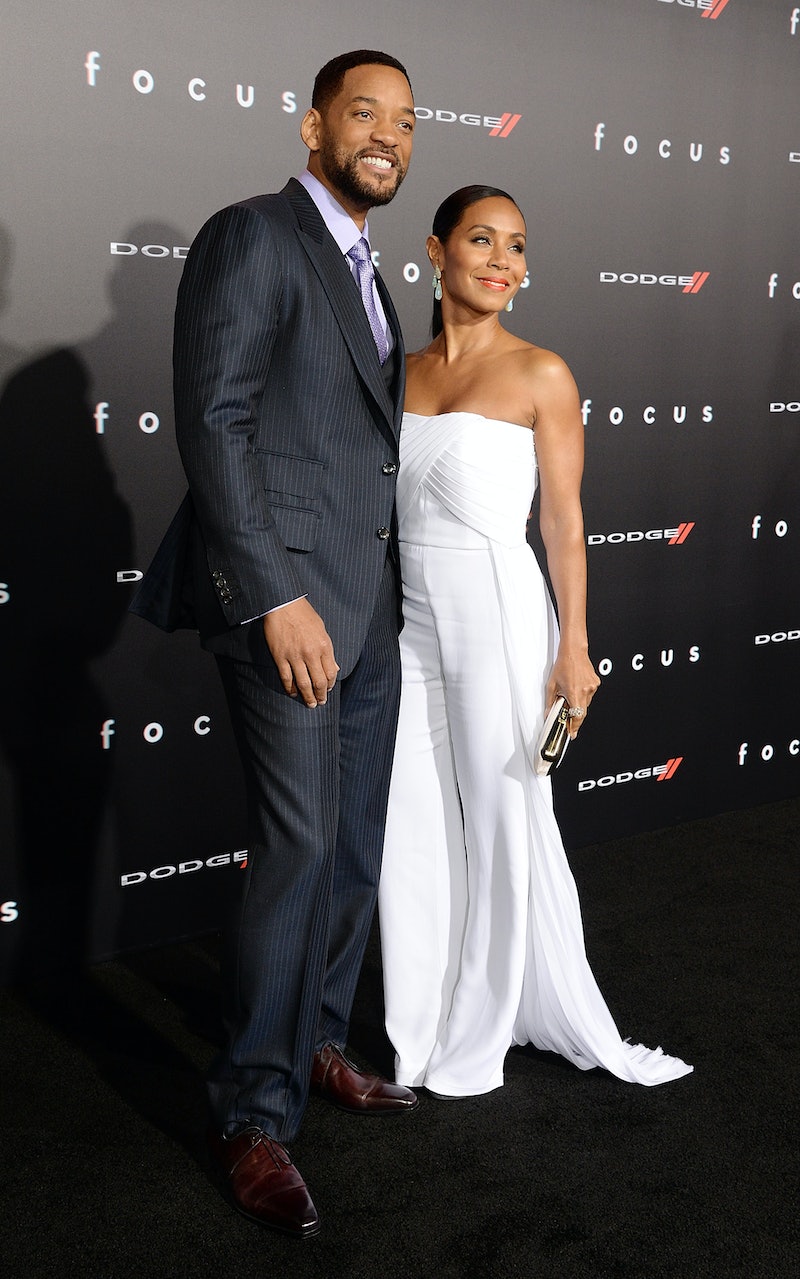 Ever since getting together in the '90s, Will Smith and Jada Pinkett Smith have been a definitive power couple. Despite their proven longevity, having a highly publicized relationship isn't always be easy. Rumors of divorce have circulated about the Smiths for quite some time, but both have been quick to quash any murmurs of relationship trouble. Neither will gloss over the fact that marriage can have its pitfalls, but they also have countered that their endurance throughout their very public relationship is what has aided in cementing their love. Pinkett Smith co-star in the highly anticipated Magic Mike XXL, where she had the pleasure of working on set with a bevy of handsome physiques (hi, Channing Tatum). Even with a parade of ladder-like abdomens to view while working on the film, Pinkett Smith told People on June 26 that the only man who can truly make her swoon is her husband.

"Well, you know what? I got a beautiful man that lays beside me at night, and I don't really have a need for wet dreams because I have a pretty beautiful reality," she said. Taking a look back at their relationship, it's obvious that — as far as romance go — the Smiths have it down to a science. Without further adieu, lets take a look at seven of the couple's sweetest moments.

The Time Their PDA Was Too Cute To Make Us Jealous

Can we also talk about how the height difference makes this picture even more adorable?

This may have also been the moment all of our respective news feeds exploded with the best feels imaginable.

Smith not only quashed any pesky divorce rumors during his speech, he made a truly touching tribute to his wife.

Smith shared this old photo on his Facebook in 2014, accompanied by what may be the sweetest caption ever.

When They Donated Their Birthdays

The Smiths' birthdays are only a week apart. They decided to "donate" their birthdays in 2010 and invited their friends, family, and fans to donate to Charity: Water. According to the website, the couple "raised more than $109,000. Thousands of you were inspired and came together to raise an additional $679,960."

I can't tell if Pinkett Smith is checking her husband's temperature or offering a loving caress. Either way, this Father's Day message is too cute for words.

Their Affection At Smith's Focus Premiere

"Love gets created by making it together," Smith said on the red carpet while keeping the apple of his eye super close. The Smiths don't downplay the fact that marriage takes work, but also personify a love that only gets stronger over time. Aww!