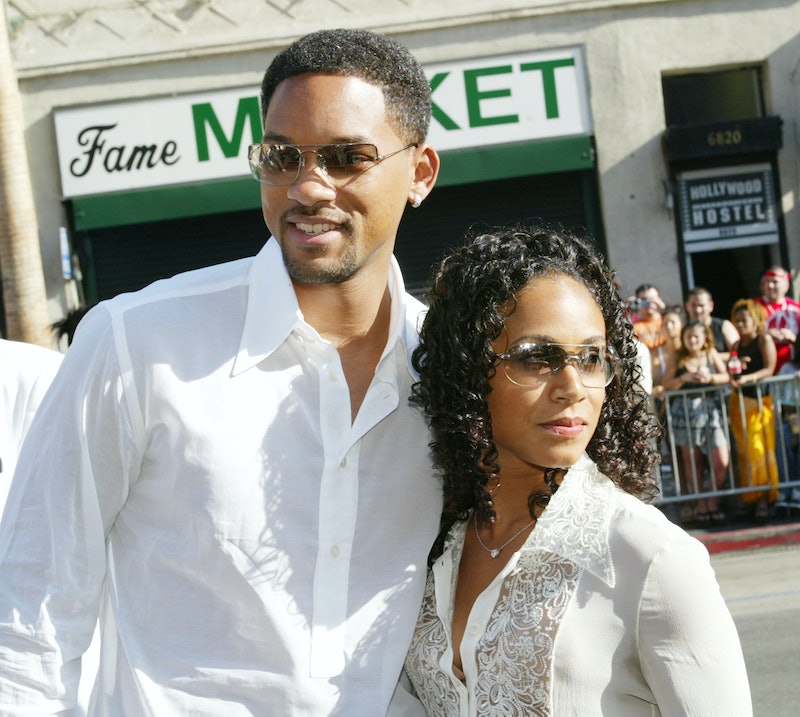 I never would've thought in a million years that the clean cut Fresh Prince himself would be amid both a marriage and a childcare scandal within the same year. But, alas, even those who seem untouchable like the incomparable Mr. Will Smith are subject to tabloid rumors and Internet fodder like the rest of em'. The Men in Black actor and his wife, actress Jada Pinkett Smith have consistently been one of Hollywood's power couples, ever since their marriage back in December 1997. That is, until speculation that Will Smith and Jada Pinkett Smith's marriage was in trouble surfaced last fall, shocking pretty much everyone, including the couple themselves. But rest assured, Smith fans, they seem to be doing just fine.

The controversy about Will and Jada's marriage followed some comments Pinkett Smith made earlier in 2013 in which she explained that the couple had an open relationship. People were uproarious over this news and the agitated actress felt the need to clarify what she meant by her revelation, saying,

Here is how I will change my statement...Will and I BOTH can do WHATEVER we want, because we TRUST each other to do so. This does NOT mean we have an open relationship...this means we have a GROWN one.

Sticking together through constant scrutiny and speculation can be difficult and sometimes lead to the end of a marriage but not for the Smiths. Will has vehemently denied the rumors time and time again, most recently revealing that he and his wife lay in bed together and read about the falsities and lies being spread. To this couple, the rumors are simply laughable.

He let fans in on how the two usually get the news,

...There were all these rumors that me and Jada were getting a divorce. So I get the Google Alert, I'm laying in bed — with Jada. It says, 'Jada Pinkett Smith files for divorce.' So I'm like, 'This is crazy!'

Crazy indeed, because the longtime couple were spotted earlier this month at the beach with their 13-year-old daughter Willow looking more in love than ever. Take that, gossip mongers.