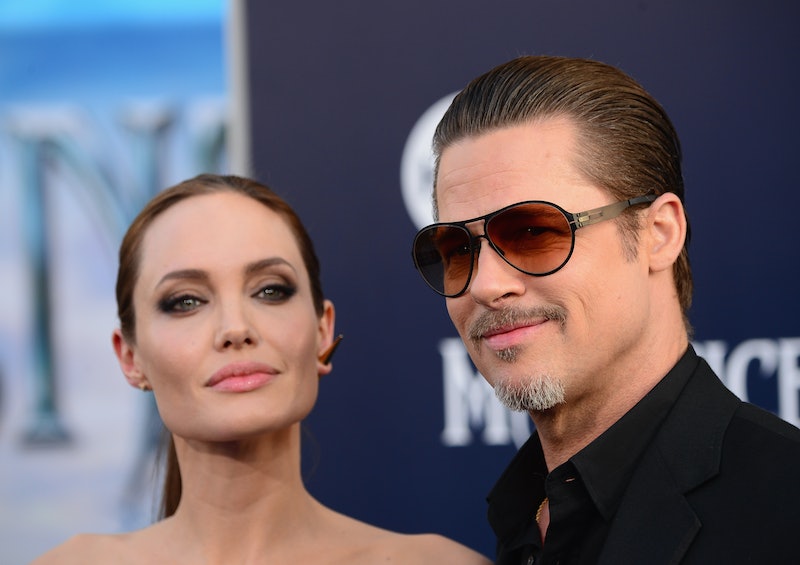 June 2015 saw a historic meeting of the minds between British royalty, Prince William and Kate Middleton, and Hollywood royalty, Brad Pitt and Angelina Jolie. I know it's hard to believe, but this was the couples' first meeting — and, according to E! Online, it went so well they ended up talking for hours. That's not surprising given how much the foursome have in common. OK, so Pitt and Jolie aren't born royals, but they live their lives under public scrutiny, and Jolie is a UN diplomat. They are constantly in the spotlight and they have to be extra careful with their kids thanks to paparazzi and gossip magazines.

The two couples got together to discuss a cause near and dear to all of their hearts — stopping illegal wildlife trade — but given how long they lingered over their tea, I bet they found time to chat about a few other subjects as well. I mean, come on, I know if I were invited to tea with either couple, I would come prepared with a whole list of conversation topics. This could very well have been a once in a lifetime chance... unless they are all besties now. (Please let them all be besties now.)

So, here is what I imagine the couples discussed after they figured out how to stop poachers from being the worst.

Let's get the big stuff out of the way first. Two of the most influential and powerful couples in the world chatted over tea — there is no way they did not hatch a plan for world peace that probably involves sending a steady stream of adorable family selfies out into the world until everyone is happy as they are.

Who's Been Asked The Stupidest Questions: Jolie or Kate?

Jolie and Kate are amazing women who fight poverty and strive to make the world a safer, happier place for everyone. However, whenever they get interviewed, they inevitably get asked about their clothes, how they manage to "have it all," and all manner of nonsense that tends to be directed toward women in the spotlight. I sincerely hope they played a (tea) drinking game to find out who has been asked the most nonsensical questions.

Best Ways To Dodge The Paparazzi

Hey, you know they traded tips.

The Pressures Of Being A Power Couple

Having the entire world look at you as the picture of a stable, perfect relationship has to be a lot of pressure. I mean, every couple has their off days, but not many of them have to worry about their off day turning into a panicked "They're Getting Divorced" headline on the cover of a magazine. I'd like to think they took some time to discuss a few bad days when their spouses got on their nerves, and then laughed about it — because, at the end of the day, they are still normal couples, no matter how high-profile they are.

Who Has The Cutest Kids

OK, so I'm sure they didn't have a cute kid showdown, but those proud parents probably had their cell phones out showing off cute pics of their kids left and right — all the while thinking their kids were the cutest because that is what parents do. Even super famous royal and honorary royal parents.