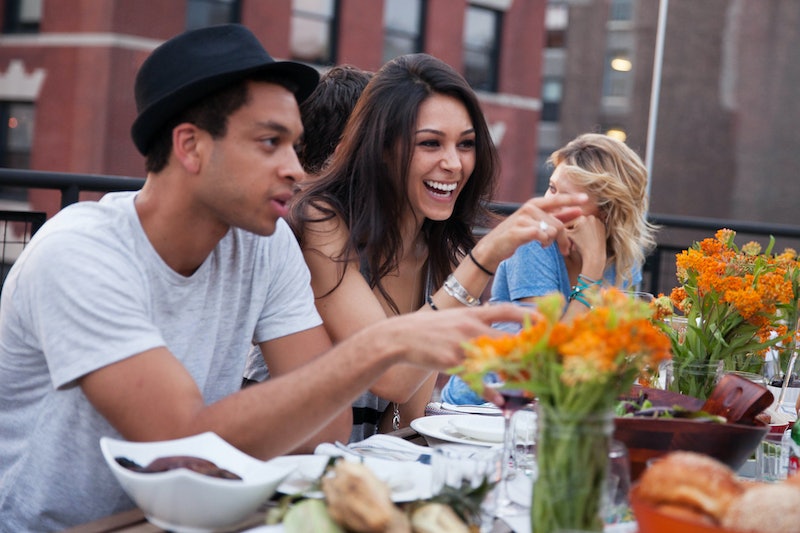 The Fourth of July is technically about celebrating America's independence from Great Britain, but most of us associate it with barbecue, beer and bottle rockets. Like many millennials from the suburbs, I was escorted to a variety of backyard and beach affairs as a kid where copious amounts of alcohol and animal products were consumed, and at least three people left with an unfortunate sunburn. Plus, Fourth of July BBQs were also the first place I got to observe American masculinity in its natural state, and to use my budding sociological mind to analyze the kind of characters in attendance. Although I realize gender stereotypes are never 100 percent accurate, the older I get and the more BBQs I attend, the more these cookout cliches are confirmed.

Like (some of) the basic principles in our Constitution, the barbecue is fundamentally egalitarian. It's usually a partial potluck and/or BYOB event with a flexible guest list, which means you get people of all kinds mixing together, from party crashers to somebody's best friend's cousin's co-worker. Of course there are plenty of ladies who populate these gatherings, but I am most intrigued by the men who attend. Here are five kinds of guys you meet at a Fourth of July barbecue — I'm sure you've encountered at least a few:

1. The Hot Guy With Kids

Hot guy with kid(s) spends most of the BBQ shirtless in board shorts while attentively chasing after his offspring. He's ripped and you can't stop staring but you feel a little guilty because he's probably taken. However, for some reason, his wife or girlfriend isn't there, which makes you wonder if, in fact, maybe he might be single — but are you really ready to be a stepmom? It's best to ogle this one from a distance, but you can make some headway if you pitch in with the little ones. Maybe there's room for one more in that kiddie pool after all...

This guy recently became a vegan/vegetarian (usually for health reasons) and gets off on pontificating about the dangers of smoked meats. (Yes, they are terrible for you.) He'll also complain that there's nothing he can eat, even though someone probably did bring veggie burgers. While he's spitting out unsavory facts about how hot dogs are made, he's also chugging some corn syrup-based beer, which just reveals how little he actually knows about nutrition overall.

This guy will never let you forget he went to [insert College name here]. He also won't let you forget that was in [insert Greek symbol here] frat, and that they used to do these crazy cookouts where they'd bury a pig Hawaiian style and then have half-naked babes mud wrestle in a pit slathered in barbecue sauce (or something). All he has left is the stained t-shirt to prove it, and he always seems to be wearing it.

Don't confuse dad boy guy with an actual dad, because dad bod doesn't necessarily require procreation, just making sweet love to an extra large tray of nachos now and then. A barbecue is this dude's natural habitat, and you will find him wolfing down hamburgers and potato salad like it's his last day on earth, only breaking to inhale a brew or two. It's usually this guy who passes out half-covered in the sun and wakes up with a wicked farmer's tan.

The details of this guy's life may run the gamut, but he sticks out like a sore thumb at at barbecue — and makes sure everyone knows how little he enjoys this all-American pastime. Whether he's a goth dude, a social justice warrior, or an ibanker surgically attached to his smartphone, the last place he wants to be is baking in the sun, waiting around the grill with an empty bun on his plate, and making small talk about sports, pop culture, or when the fireworks start. As the female counterpart to this guy, I have a soft spot for him, and know that deep down, the free drinks do a pretty good job of soothing his misfit rage. In fact, get enough margaritas in him, and he might actually be tricked into having a good time.