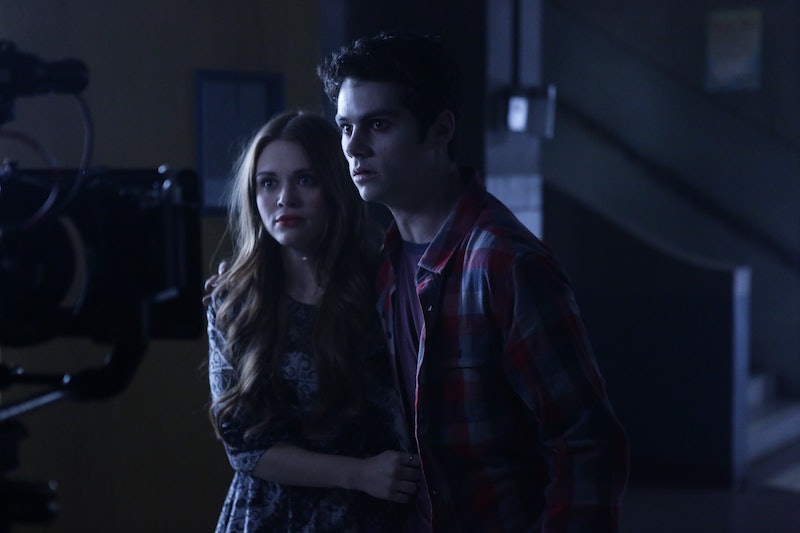 One of MTV's biggest summer shows is almost back. How can you stream Teen Wolf Season 5? The show has really taken off from what was once a loose adaptation of a 1985 movie starring Michael J. Fox. Now it's a television and internet sensation — anyone on Tumblr can tell you all about Teen Wolf whether they watch it or not. It makes sense that streaming might be your viewing mechanism of choice.

There are so many questions to be answered. What's going on with Lydia? Who are The Doctors, this season's Big Bad? Will Colton Haynes return as Jackson now that he's left Team Arrow ? Last season may have been a little wacky, but hopefully everything will be revealed when the series returns — even if Derek isn't initially there (boo).

So, how do those of us without MTV or even without televisions in our living spaces check out the new episodes of Teen Wolf? Unfortunately, part of the answer involves a little bit of waiting. There aren't too many ways to legally live stream the show, so it may be best to stay off social media on Monday nights if you want to avoid spoilers. That said, there are several ways to watch Teen Wolf streaming. Here's how you can make it happen.

Through Your Cable Provider

This is one way you can watch the show as it airs, if you have the proper tools. Just because you have a cable subscription doesn't mean you're always with your cable subscription. I get it, sometimes we're busy and traveling, especially in the summer. However, if you're on the go and have a laptop, phone, or tablet with you — many cable providers (Time Warner Cable, RCN, and Comcast for example) have apps that allow you to live stream on devices that aren't a television. All you need is the login information and you're good to go!

While you can't live stream the series on MTV, you are able to watch full episodes after they air for no additional cost or subscription. You don't need a cable or MTV account to do this. That's pretty great!

Get That Season Pass

Season passes on iTunes, Google Play, and Amazon are a great way for those of us without premium cable or a television to keep up with individual shows on a network that we're beyond obsessed with these days. The episodes will show up on your device when available, which varies with service/show but it's usually the next day.