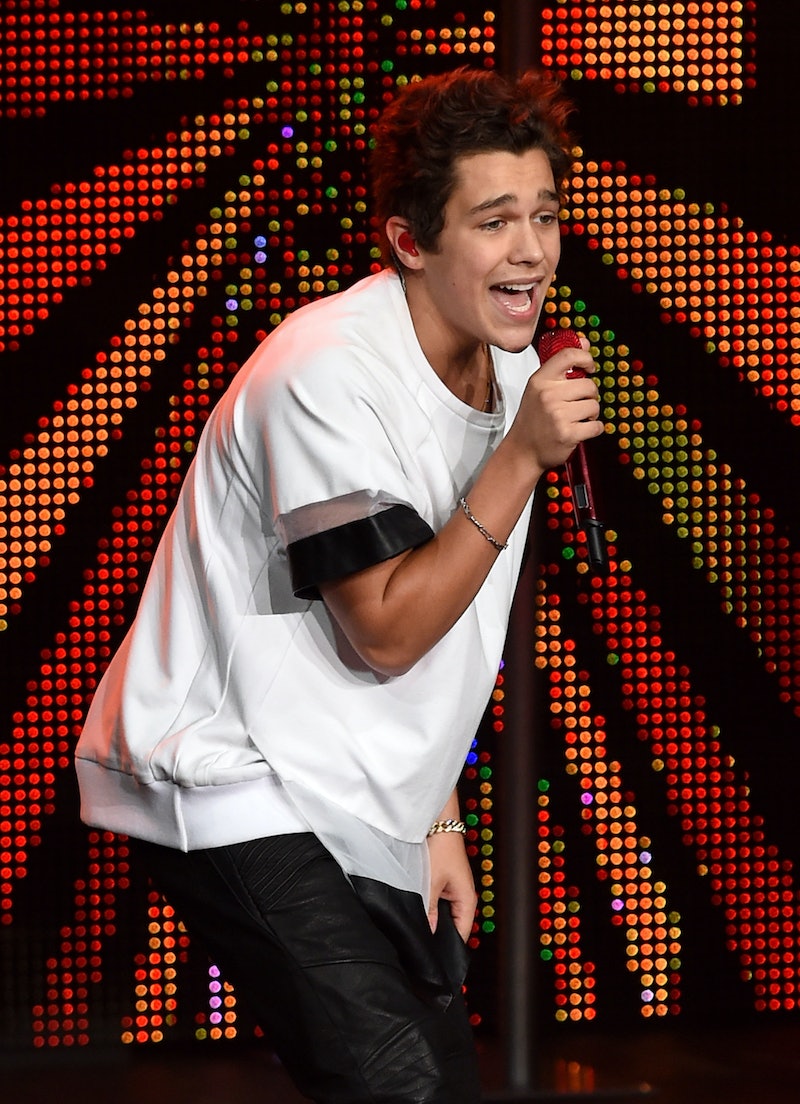 ICYMI, pop singer and songwriter, Austin Mahone, is poised to release his new album, Dirty Work, on July 10! Mahone tweeted the news with the hashtag, #DirtyWorkJuly10, and of course it started trending, with throngs of Mahomies posting their elation along with a plethora of heart-laden emojis. It has been a little over a year since the pop star released his EP, The Secret, but for die-hard Mahomies, it feels like a decade since we got some addictive new ear candy from the artist. On May 26, Mahone offered a taste of his first full-length album by posting an audio video for new song "Torture" on his official YouTube account. The song choice seemed apropriate, considering that several fans anticipating the Dirty Work's release have likely found the wait to be a bit tortuous. The pop singer acknowledged any bated breaths by including a personal message in the video's caption: "I produced this song and wrote it with Robert [Villanueva]. I wanted to give you guys something for being so patient with #DirtyWork." How thoughtful!

Always one to take time to connect with his fans, Mahone addressed those who were particularly antsy for the LP's release in January via a series of tweets. "I understand where you're coming from, but I don't wanna rush it," he posted. "But trust me when I drop it...you won't be disappointed."

It looks like Dirty Work will be well worth the wait. For those of you who may still feel "Tortured" until the album's release, I have compiled a list of Mahone's hottest music videos to tide you over. Enjoy!

Grimy motel rooms and parking garages have never looked more appealing thanks to this video from 2013.

Can we all just take a minute to acknowledge the glory that is Mahone's leopard-print sleeves?

If every first day of school had been like this, I never would have dreaded the end of summer vacation.

"Say You're Just A Friend"

After displaying his inimitable dance skills with several tech-heavy tracks, Mahone slowed things down with the acoustic ballad, "Shadow," and used London's gorgeous landscape for the music video.

Mahone treated fans to video of a rousing live performance for "Secret." Not only is this video worthy of binge-watching, it reminds us of all the future performances we can look forward to from Mahone with the release of his new album — squee!